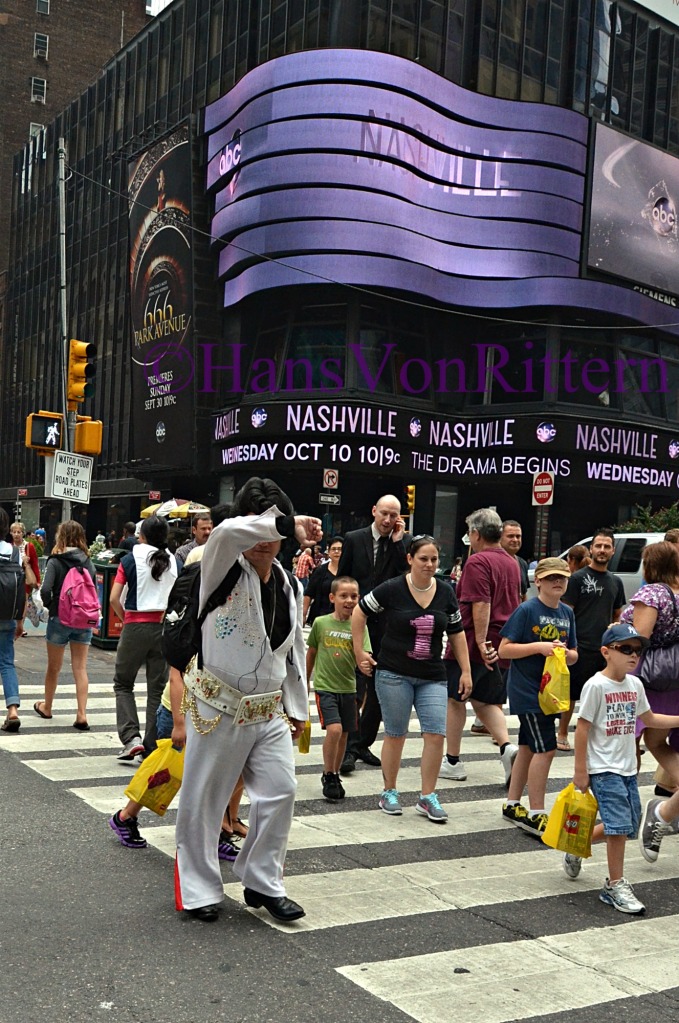 This entry was posted on September 26, 2012 by newyorkcityinthewitofaneye. It was filed under DAILY PHOTOS WITH STORIES OF NEW YORK CITY and was tagged with ABC, Elvis, Hans Von Rittern, Manhattan, Nashville, New York City, Times Square.