From the gallery: WORLD TRADE CENTER 1973 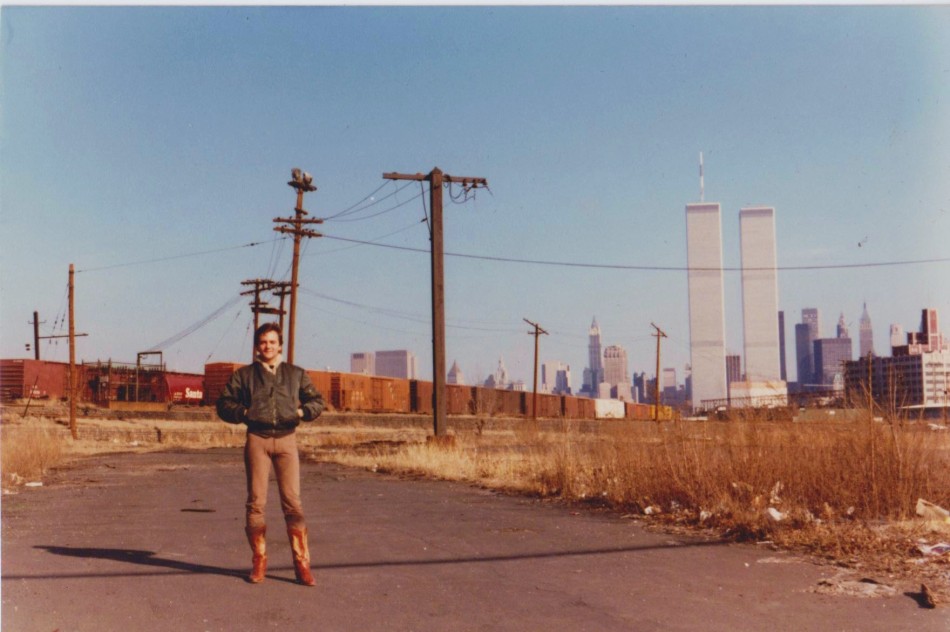 WORLD TRADE CENTER 1973: It is October 1973. The World Trade Center was the new sensation of New York City having just been completed in April of that year. New Yorkers were astounded at how majestic they were, at how new an idea it was – twin towers.
People were buzzing where you could go to get an unusual view of these new icons. My best friend Tony Indelicato and I decided to go to  New Jersey and view them from there. I don’t recall where we were, but when we reached this desolate spot, we loved the contrast.
(Those are my skin tight seude Sasson jeans, my in vogue authentic bomber jacket and big hair – good times.)

Photo of the day: CINDERELLA’S OTHER SHOES 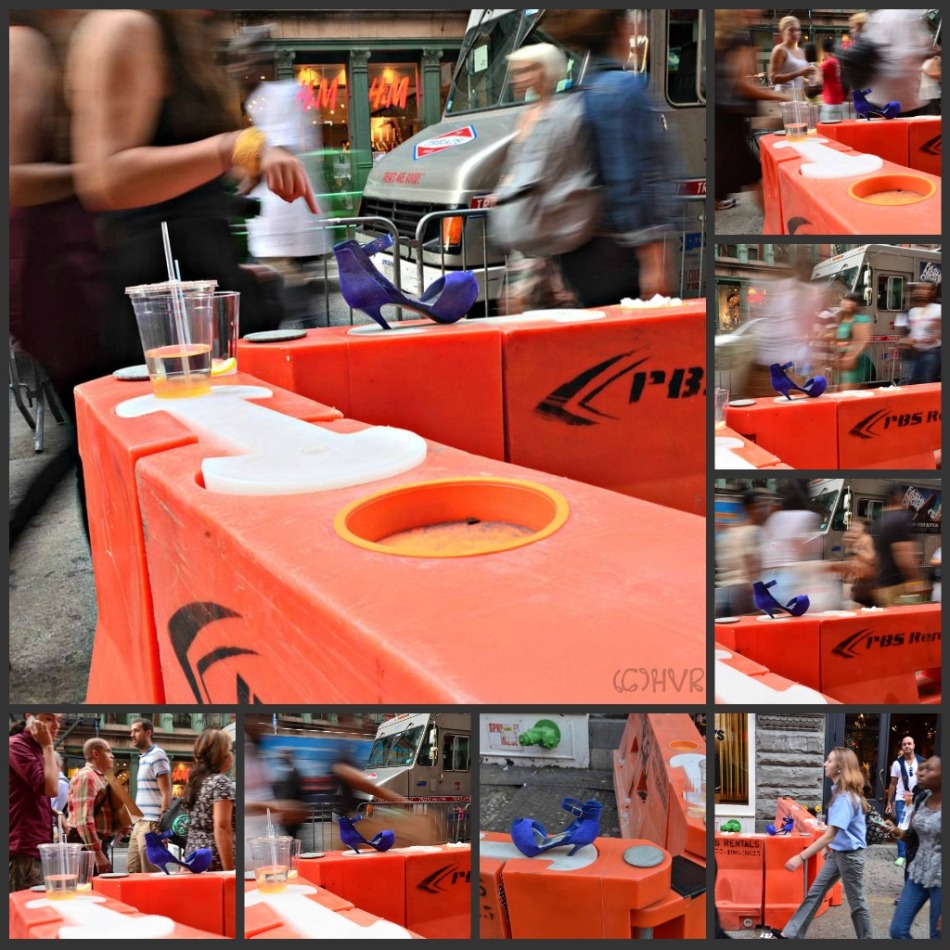 CINDERELLA’S OTHER SHOES: I was passing Spitalfield’s boutique in Soho, during Fashion’s Night Out. There on the bright orange barricades in front of the store, was a single peacock blue suede shoe. Nowhere was the other shoe in sight.
I began to wonder: how did this lone show loose it’s partner? If you buy a fancy pair of heels – they come in a box. Many ladies cherish and keep that box. How could it fall out of the shopping bag? If a lady lost her shoe, at that heel’s height – wouldn’t you notice you’re missing a shoe? Your limp would be the clue!  Is there another Cinderella out there? Did Cinderella wear the blue gown for tonight instead of the white? What was the great hurry she was in?
So I planted myself behind the barricade and began the photograph the shoe. A few people noticed. Sadly, it was left alone, yearning for it’s chic mate. Cindy – your shoe is calling!