Photo of the day: “WANNA SMOKE SOME WEED?” 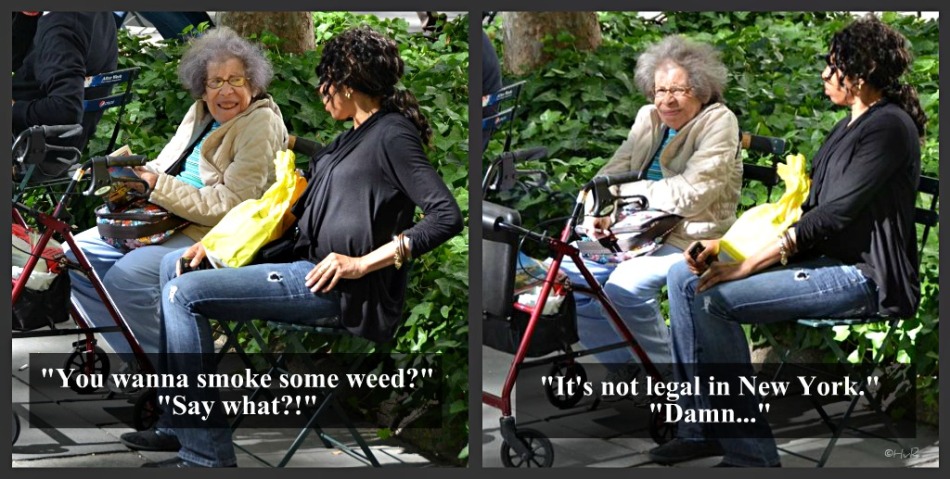 “YOU WANNA SMOKE SOME WEED?”: It was yet another afternoon in Bryant park with her daycare giver. The same bench, the same people walking by with their same lunch, the birds are hungry as usual. It’s just another ordinary day. Then Thelma read the election results reporting marijuana had been legalized – that finally broke the monotony of the day! “You wanna smoke some weed?” she asked. Her nurse, (let’s call her Louise) explained it was only legal in certain states like Washington and Colorado. That was Thelma’s buzz kill to what might have been a really fine afternoon, “damn!”.