Mondays on Memory Lane: HAPPY 89th BIRTHDAY LAUREN BACALL ! – On a cold night in May 2000, I waited by the stage door of Broadway’s Eugene O’Neill Theater  in hopes of getting an autograph from one of Hollywood’s lasting screen icons, Bogie’s Baby – Lauren Bacall. Noel Coward’s “Waiting In The Wings” had drawn Bacall to the stage one last time. She still had the sleek smokey elegance, that high  society feel, and of course, we were all hoping to hear the infamous smokey voice.
She commanded huge crowds, still after all these years. Rosemary Harris was her co-star but Bacall caused the stir on the sidewalk and stopped traffic.
My absolute goal was to have her sign my Blackglama ‘What Becomes A Legend Most?’ poster. She and her security guards made sure that only your Playbill were being presented to her. No matter how much you begged and pleaded, Playbill only…
At the time she was also doing a voice over for a “Fancy Feast” cat food commercial on TV. Coincidentally the ad also ran in the Playbill and many fans would ask her sign the picture of the cat. She absolutely refused, “that cat is going to haunt me,” she said.
I’ve grown up with Bacall, seduced by her demure coolness on my old black and white TV set in 1944’s “Key Largo” with Humphrey Bogart (‘You know how to whistle, don’t you?’) , seeing her request a rabbit dinner in a Bugs Bunny cartoon and then finally in 1981 on Broadway at the Palace Theatre as Margo Channing in the musical version of ‘All About Eve’, the sensational “Applause.” Who will ever forget her bellowing her opening lines, “Welcome to the theatah!”

In 1987, I lived at 160 Columbia Heights on the promenade in Brooklyn Heights, and Lauren had bought the upstairs penthouse apartment for Jason Robard’s father. I had no idea she owned the upstairs apartment, it was all hush-hush. One night, I had stayed out till the early morning hours at a night club and was coming home at around 6:00 am. I took my 3 little strays onto the elevator and pushed “L” for lobby. The elevator went up, allll the way to the penthouse level. I was so pissed that at this early hour, when my dogs were in need, that we were being hijacked “up”, I decided to refuse to acknowledge the person and kept my eyes closed. As we are going down I hear a knee crack and then all of a sudden, one of the most famous smokey voices on the planet, “oh they’re so cute!“ No one else has that voice, it couldn’t be. I opened my eyes and there was Lauren Bacall playing with my dogs on the elevator floor. “Wuuwhat??” It was totally surreal! After our first ‘meeting’, Bacall and I would often meet in the elevator and she would play with my 3 dogs regularly. I would always try to coax her to come to my apartment to sign some of my Bacall posters, she always politely declined. “One day…” I thought.

Now that time has passed, I have become a NYC tour guide and often pass her famed apartment in the legendary Dakota Apartment building on 72nd Street and Central Park West, each time holding on to the hope that I will one day get her to free willingly sign my poster.
In 2011 she fell and fractured her hip. It is rumored she has made one last film at age 89 to be released in 2013 called “Trouble is my Business”. We may have to settle seeing her for the last time on the big screen, since she has become a recluse and is seldom seen in public, only seldomly seen as she sometimes comes and goes with the other luminaries from her Dakota apartment building.
A plea –  to Lauren Bacall and anyone who knows how to somehow get in touch with her, “Please grace my first Blackglama ad with your signature! It will be treasured on my wall forever.” Lauren . . . you listening?? 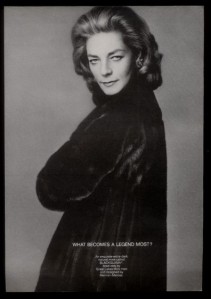 http://ifitshipitshere.blogspot.com/2011/10/sexiest-blackgama-ads-over-past-43.html
(I am a passionate collector of the advertising “What Becomes A Legend Most?” campaign and own almost all of the 70+ posters ever done, ending with Tommy Tune in 1994 and Janet Jackson in 2011. Many are signed. But – Bacall was the first in 1968, followed by Garland, Streisand, Dietrich, Cher, Crawford, Davis, Liza, Callas, Stanwyck, all the greats. To think the first legend is still alive, when so many have passed is thrilling to me and my ultimate autograph to receive.)

MONDAYS ON MEMORY LANE – BACK STAGE WITH AGNES MOOREHEAD: It is Sunday,February 4th, 1973 and Agnes Moorehead, better known to mortals as Endora, was giving her last performance in the George Bernard Shaw play “Don Juan In Hell” at the old Palace Theatre in Times Square New York. I had to attend the performance since the shocking notice had been in the papers that past Friday that Sunday the 4th would be the final performance after only a total run of 24 performances.
Shocking? Yes. You see the cast included: Paul Henreid of ultra film classic “Cassablanca” and “Now Voyager”, Edward Mulhare of the TV series “The Ghost and Mrs. Muir”, Ricardo Montalban latin film star as lover and villain and of Star Trek fame. Directed by esteemed actor John Houseman. But most of all…there was Endora. From 1964 till 1972, one of my sheer pleasures was watching witty, chic, acid tongued Agnes Moorehead play Endora, mother-in-law to Darrin Stevens on the beloved TV classic series “Bewitched.”
I was still a bell-bottomed sophmore in high school and unfortunately not smart enough to secure the autographs of the entire incredible cast, my main goal was Endora/Agnes! So after the show I ran to the stage door and waited and watched for the luminaries to leave. Paul Henreid left, Edward Mulhare left and Ricardo Montalban left. Ninety minutes went by and the nervous question was – where was Agnes?!
In a panic I ran into the main entrance of the theatre to enquire if she was still in the theater (perhaps she had snuck out.) One of the ushers who still there cleaning up pleasantly said “Oh she’s still here! You want to meet her?!”
Huh? This doesn’t readily happen. These were still innocent times though. The history of celebrity security is basically divided in two. Before December 8, 1980/John Lennon’s assassination and after December 8th 1980. No one thought anything to stop this star struck kid in the platform shoes and huge bellbottoms from running to find Agnes Moorehead in that huge, huge theater. I raced down the aisle. “Wait!”, I thought, “slow down, don’t appear too eager or as if you don’t belong.” I slowed my pace but my heart beat only faster. The cavernous theater’s aisles led me to the side of the stage where a stagehand volunteered to show me to her dressing room. I was in disbelief! You know how incredible it was to be behind stage of the legendary theater where the greatest of the greats had performed? In the vaudeville days it was Ethel Barrymore, Bert Lahr, Fanny Brice, the Marx Brothers, Will Rogers and Lillian Russell. In modern times  such incredible luminaries as Judy Garland, Bette Midler’s first show, Liza Minnelli, Shirley MacLaine, Lauren Bacall, Josephine Baker, Frank Sinatra and Diana Ross. The film “Citizen Kane” premiered here on May 1, 1941 . . .and there I was. To quote  Eve Harrington in “All About Eve” ‘You can breathe it, can’t you?!’
The stagehand led me through the winding corridors to one remaining dressing room where the light was still on. “Miss Moorehead…someone here to see you.” There she was, methodically packing her blue suitcase. She came to the open door, “Yes?” as she looked at me inquisitively. “What is it dear boy?” That unmistakable voice, the mannerisms, the posture, the red hair – it was Endora saying ‘speak up!’ I was in awe. I nervously told her had wound my way backstage because I couldn’t run the risk of missing her and just to shake her hand. Her right hand had rows and rows of bracelets that clinked as she took my hand. I had brought with me a rare photo that ABC TV local stations used to focus the camera on when they went to commercial. I nervously watched as she signed it with my ink pen which didn’t take on the glossy photo (this is pre-Flair pen days) and she didn’t have another pen either, so the autograph is sort of scratched into the photo. She surprisingly asked me “Oh, Endora eh? So which was your favorite Darrin Stevens name?” “Durwood” I replied. “Mine too!” she said, “it was so easy and fun for me to say, it was the name we used the most. Is there anything else? I must pack.” I asked if I may take her picture with my little instamatic camera. She regally struck a profile pose. “Now young man, I must go.” She headed back into her dressing room and I wandered unescorted through those wonderful backstage hallways and walkways of theatrical history. Not knowing where I was going, I found myself at the edge of the stage. The lone single ghost light was standing center stage. ‘Why not?’ I thought, this would be my only chance! I peaked out from behind the curtain – no one. I took my first step. My clunky wooden platform shoes echoed on the wooden floorboards as I crossed the stage Judy Garland and all the legends had stood on. When I came to center stage, I stood there for a second and breathed – you can breathe it! I took a silent bow . . . and left.
ENDORA’S NAMES FOR DARRIN STEVENS:
Dagwood, Darwood, Durwood, Durweed, Beady eyes, Charm Boy, Dalton, Dar-Dar, Darius, Darwick, Darwin, David, Dawson, Boy, Delbert, Dennis, Denton, Derek, Derwin, Dexter, Digby, Dino, Dobbin, Dogwood, Donald, Dorian, Dulcin, Dulfin, Dum Dum, Dumbo, Dumpkin, Duncan, Featherhead, Glum-Dum, Tinker Bell, What’s his name and Low-grade mortal. 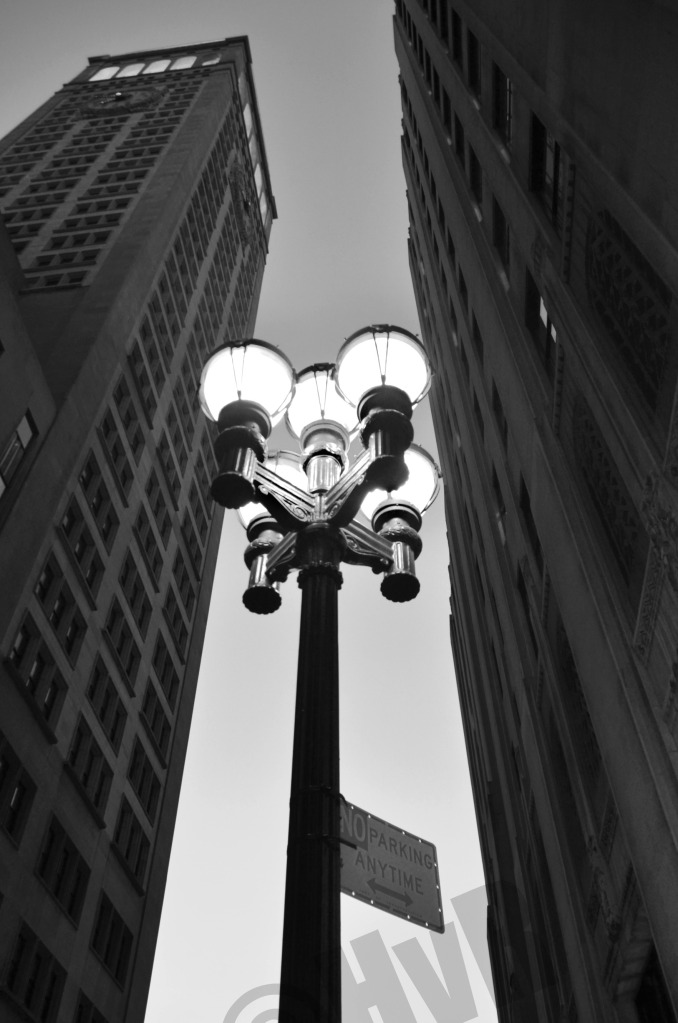