Photos of the day: ♫♪ ON THE 20th CENTURY LIMITED TRAIN ♫♪ 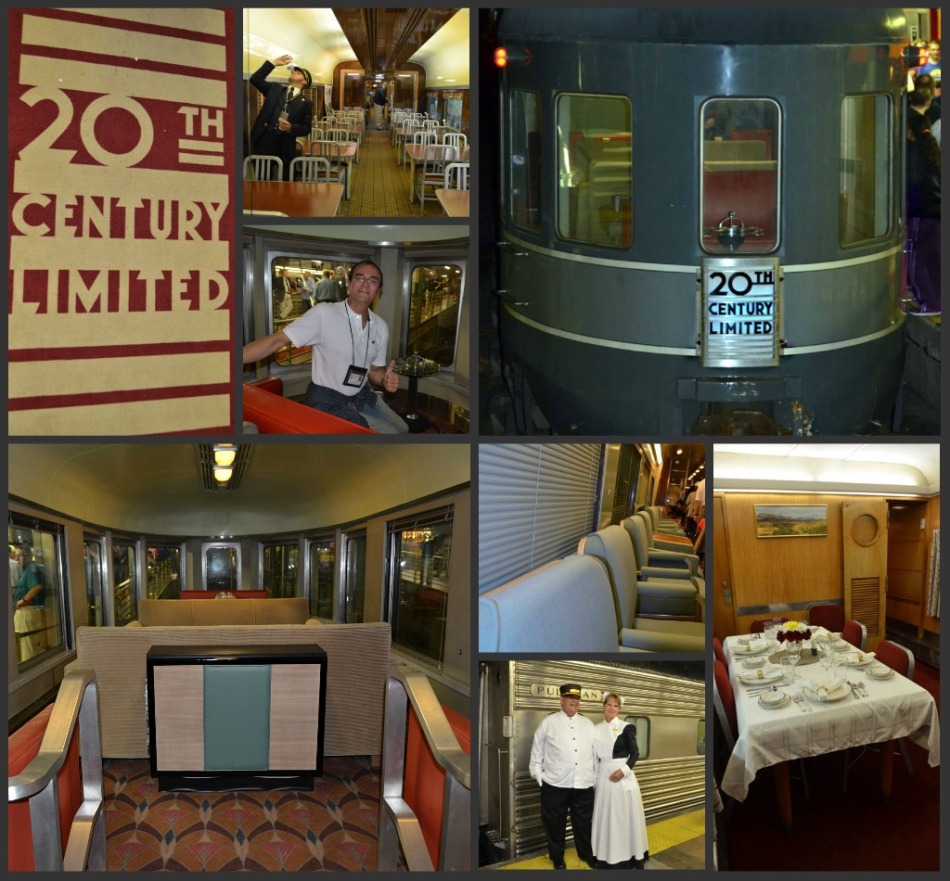 Photos of the day: ♫♪ ON THE 20th CENTURY LIMITED ♫♪ – The 20th Century Limited was an express passenger train operated by the New York Central Railroad from 1902 to 1967, during which time it would become known as a “National Institution” and the “Most Famous Train in the World”. In the year of its last run,The New York Times said that it “…was known to railroad buffs for 65 years as the world’s greatest train”. The train traveled between Grand Central Terminal in New York City and LaSalle Street Station in Chicago along the railroad’s famed “Water Level Route”.
From February 1978 to March 1979, “On The Twentieth Century” was a big, splashy art deco Broadway musical starring none other than Imogene Coca, John Cullum and Madeline Kahn. Imogene stopped the show as Letitia Primrose with her rousing song “Repent!”. 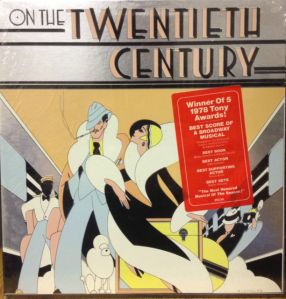 Last weekend May 11-12, 2013, the extravagant 20th Century Limited made a much sought after reappearance at the Centennial Grand Central Terminal Train Show. The crowds were twice what the police expected. It was a two to three hour wait to see the ‘Limited’ alone, but it was worth it! The New York police made the very unpopular decision to shut the show down early to handle the overflow crowds. I was literally the last person to make it in line to see the famed art deco train at 1:00pm. Phew! The upside of that was, since I was the last, the Grand Central volunteers were so happy to see I was the last one – I got a private tour! I was dizzy with euphoria as prying eyes outside were looking in wondering ‘who is that guy?!”. 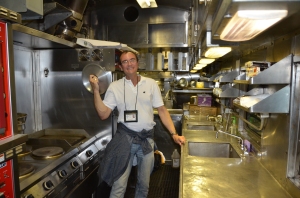 In the stainless steel operational kitchen.

To experience this treasure from the past all alone is incredible. The sleek art deco fluid designs, the wonderful mint green art deco colors, the big deco furniture, the sheer elegance of every detail is exquisite. It was sensory overload. These were the days when travel was a luxury and an exciting experience you got dressed in your best for. Ladies with hat boxes, men with top hats and ties, children with their nannies in tow. I saw the whole train. The private dining room, the main dining room, the art deco bar, the sitting room, the sleeping quarters for the crew, the luxurious suites, the deco bathrooms, the all stainless steel kitchen-still operational. The best feature of all is the elegant high style art deco observation car in the back, shaped like a bullet. Wandering through the train James Bond’s intrigue with the adjoining rooms in “From Russia With Love” came to mind. Marilyn Monroe in her upper sleeping berth of “Some Like It Hot”, the romantic and thrilling memories were everywhere. I was told the most oft asked question asked upon seeing the sleeping berths was “Where’s Marilyn?”. The train is privately owned and you can rent it for $14,000 a weekend to travel the scenic rails of America. Get 20 of your best friends together, dress in your vintage best and it’s worth it! ALL ABOARD ! 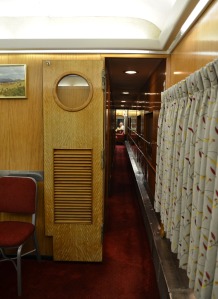 The owner, way in the back of ‘Star Trak Inc.’, finally taking a rest in his domain.