Photo of the day: ‘ONE OF US’ WAS MURDERED IN SUNNYSIDE

SUNNYSIDE MURDER: Lou Rispoli and his partner of 31 years Danyal Lawson were married at Queens Borough Hall on July 24, 2011, the first day that same-sex marriages became legal in New York State. On Saturday, October 20, 2012 at 2:05 A.M. he told his partner he was going out to get some milk. At approximately 2:15 A.M., at the corner of 42nd Street & 43rd Ave. Louis Rispoli was assaulted by 3 male white suspects in their early 20’s who brutally bashed his head in with an unknown blunt object . . . five days later Louis died of his injuries.  The suspects fled in a grey sports car and have not been caught.
On Saturday November 16, at 4:00 P.M., my mother and I along with our councilman Jimmy Van Brammer and several hundred residents of Woodside and Sunnyside, Queens gathered and marched to protest the senseless violence and to pay tribute to this beloved member of our community. Danyal’s and Louis’ family members were all present to see this outpouring of concern and love.
Crimestoppers will pay up to $22,000 for information leading to the arrest & indictment and the NYPD will pay $10,000 for the arrest & conviction of the persons responsible for this crime. Please call Crimestoppers at 1(800)577-TIPS. 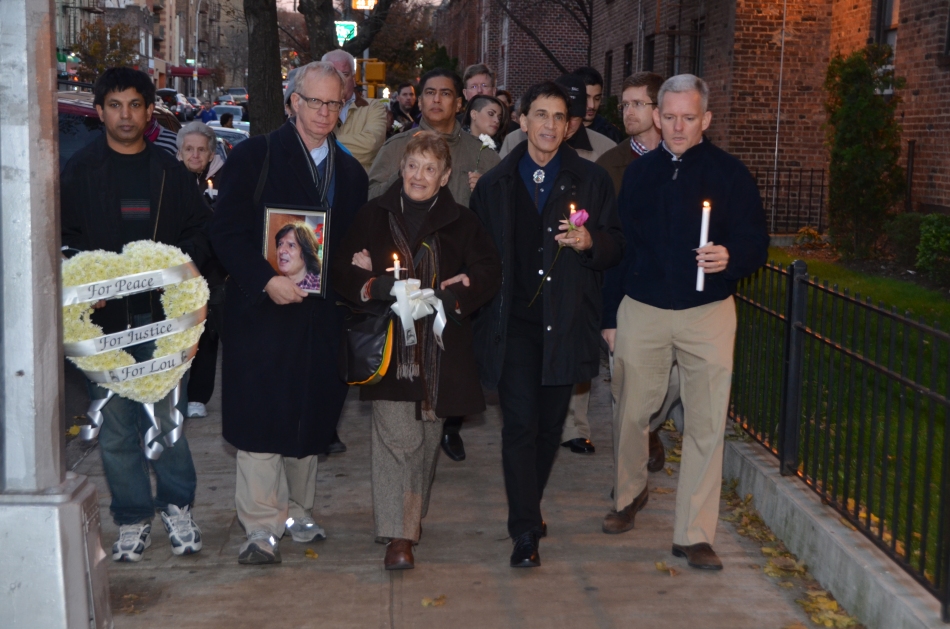 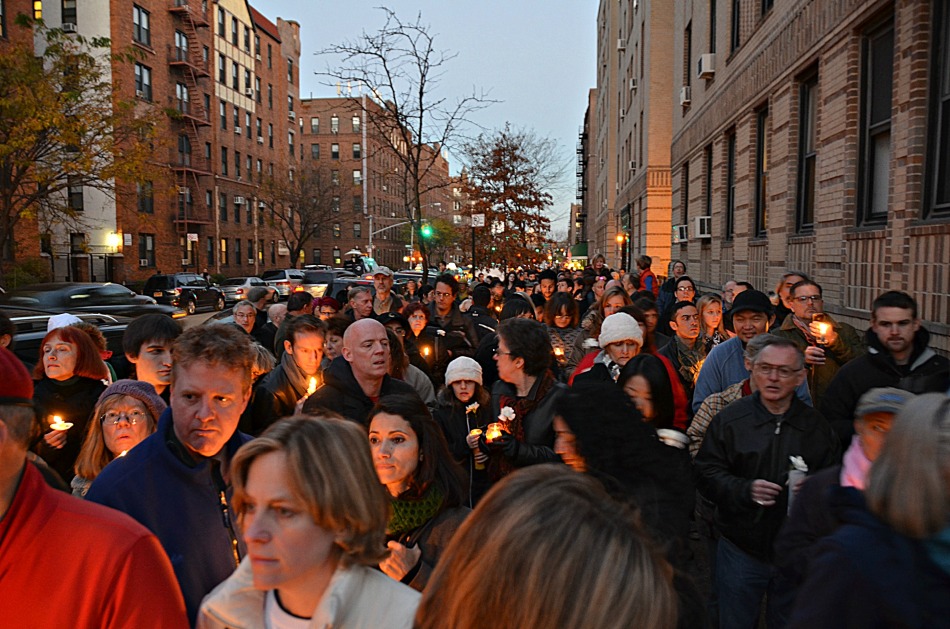 DANYAL WALKING HOME WITH HIS LOVED ONES AFTER THE RALLY