Photo of the day: PRESIDENTIAL PAPERS 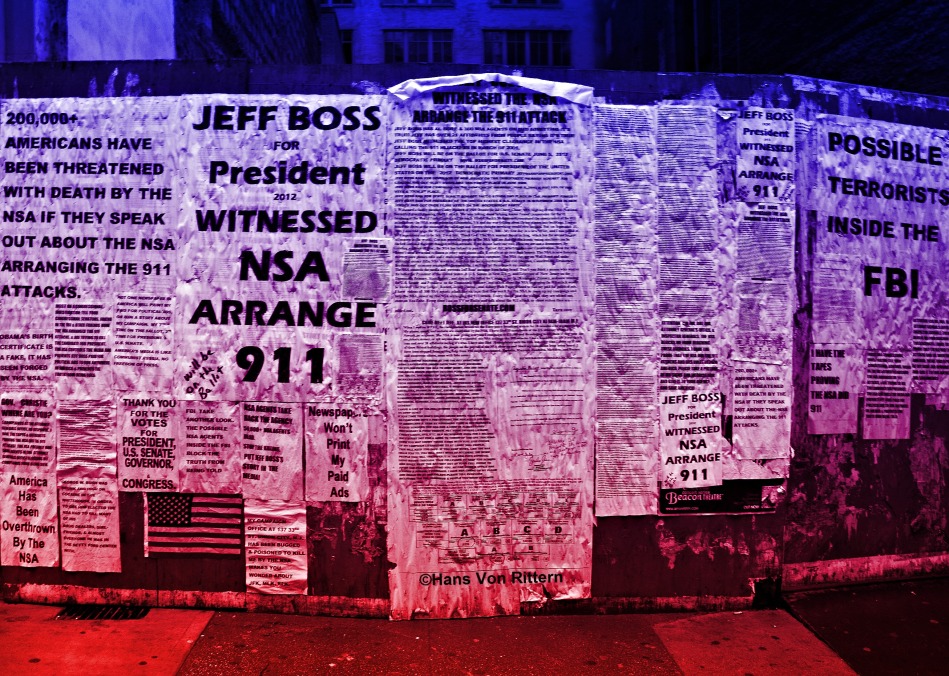 Then there is this guy, Jeff Boss. He spent just a few thousand dollars printing a lot of posters with eye-catching phrases, but the middle-aged man wasn’t creating street art, nor putting up outdoor ads. He also ran for president. You may have seen his “campaign” here in Manhattan.  The stark white posters with bold black lettering featured slogans such as:

“NO ONE KNOW JEFF BOSS BECAUSE THE GOVERNMENT DOESN’T WANT THE TRUTH TOLD.”

“JEFF BOSS WITNESSED THE NSA ARRANGE THE 9/11 ATTACK, I HAVE PROOF!”

Boss scattered them around Manhattan, focusing his efforts on highly trafficked areas on 42nd Street near Times Square where these ads were posted on a construction site wall. He didn’t win. But what he does have is the right to free speech and because of that – we are though still left wondering . . . ‘who the heck is Jeff Boss?!’