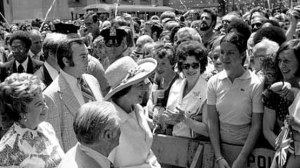 Photo of the day: SHINE AND A SMOKE

SHINE AND A SMOKE: An age old part of the fabric our Manhattan’s streets is the show shine boy. Now that so many of us wear sneakers and sport shows, leather shoes aren’t quite as prevalent, but the shoe shine boy tradition lives on. You start with a makeshift box of your own and fill it will all the supplies you can barely afford, then you have to scout a street location with good traffic that isn’t already taken. This young boy chose the front of Trinity Church near Wall Street and was working hard while his customer enjoyed the scene with a leisurely smoke.
Perhaps he will make enough money to work his way up to owning a stand with the raised upholstered seat, those at Grand Central Terminal do quite well. The final step is to get you own shop with maybe 3 or 5 stands. It’s a age-old American success story. “Shine mister?”

Photo of the day: SAY HAPPY BIRTHDAY TO YOUR $10. BILL! 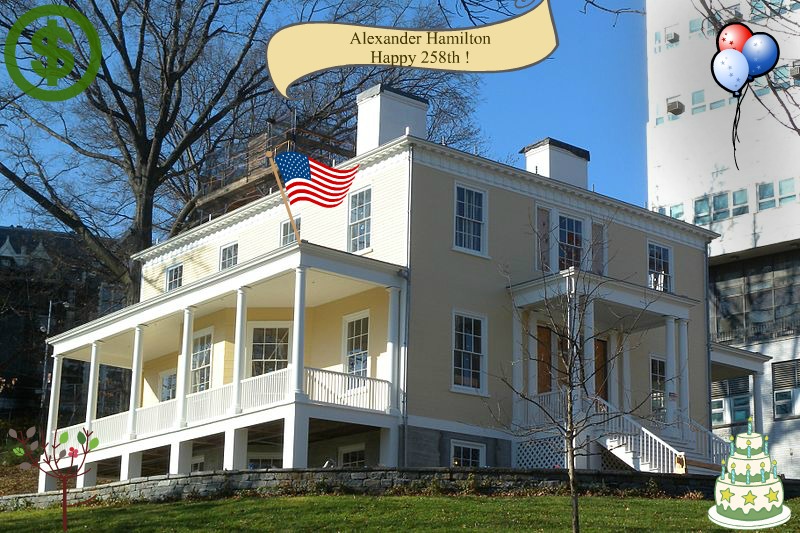 SAY HAPPY BIRTHDAY TO YOUR $10. BILL! – Take a look at an American $10. bill and you will have Alexander Hamilton staring right back you! So what would you give your dad on his 258th birthday? For Founding Father Alexander Hamilton, it will be a couple of open house celebrations in upper Manhattan.

Born on January 11, 1755, on the Caribbean island of Nevis, Alexander Hamilton, ascended from humble beginnings to become one of the most influential figures in United States’ history. He was a protégé of the country’s first president, George Washington. But in his own right, Hamilton was a distinguished statesman, soldier, economist, newspaper founder, lawyer and the nation’s first Secretary of the Treasury, therefore his place of honor on our $10 bills. A scandalous extra-marital affair clouded his reputation; a political rivalry led to his violent death in a deadly dual with our third vice president Aaron Burr, sound just like politics in 2013! He is buried in the cemetery at the oldest Episcopal church in New York City the Trinity Church located at the entrance to Wall Street.

On Saturday, January 12, Alexander Hamilton’s birthday looms over two great uptown houses. As one would guess, the Hamilton Grange National Memorial (seen above, his summer home) will toast its original owner on West 141st Street between Convent and St. Nicholas Avenues. But a concurrent tribute will take place at the Morris-Jumel Mansion, at West 160th Street between St. Nicholas and Edgecombe Avenues as well. It is there that both men planned their defeat of the British. So happy 258th birthday Mr. Hamilton, you don’t look a day over 40!

(Did you know you can’t xerox/photocopy money, newer copy machines have some sort of block built into them.)