Photo of the day: THE WORLD WAR II VET 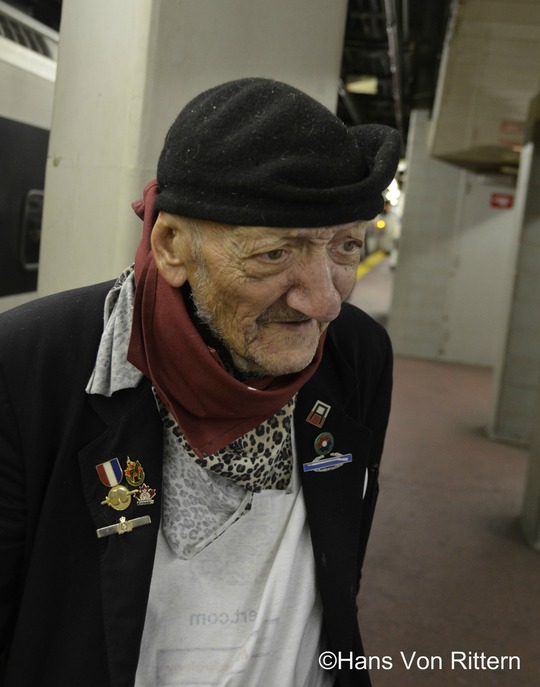 Photo of the day: THE WORLD WAR II VET – In 2012 I spotted this old veteran outside Penn Station. He had the most determined walk and I loved his unique flair, so I followed him with my camera till he eventually got lost inside the cavernous train station. I approached him to ask if he needed help, he kept telling me he wanted to go to Central Ave in South Orange, New Jersey. So we looked for the train together. Everything about him touched my heart. His tattered clothes, the scraps of cloth he had tied as kerchiefs, he hadn’t shaved very evenly, his inside-out t-shirt and his perfectly tilted beret which was absolutely covered in (his favorite) cat hair, but his medals were perfectly polished and cared for. I just fell in love with him. He told me he is a lecturer on wars, esp. WWII in which he served. He was very spry, I believe he was at least 85 years old yet still filled with such gentille determination. We reached the Jersey bound train platform but no personnel in Penn Station knew of the address he wanted to go to, but I luckily found a kindly conductor who promised me he would look after our vet. I finally helped him get on the train and off we went, each our separate ways. . . 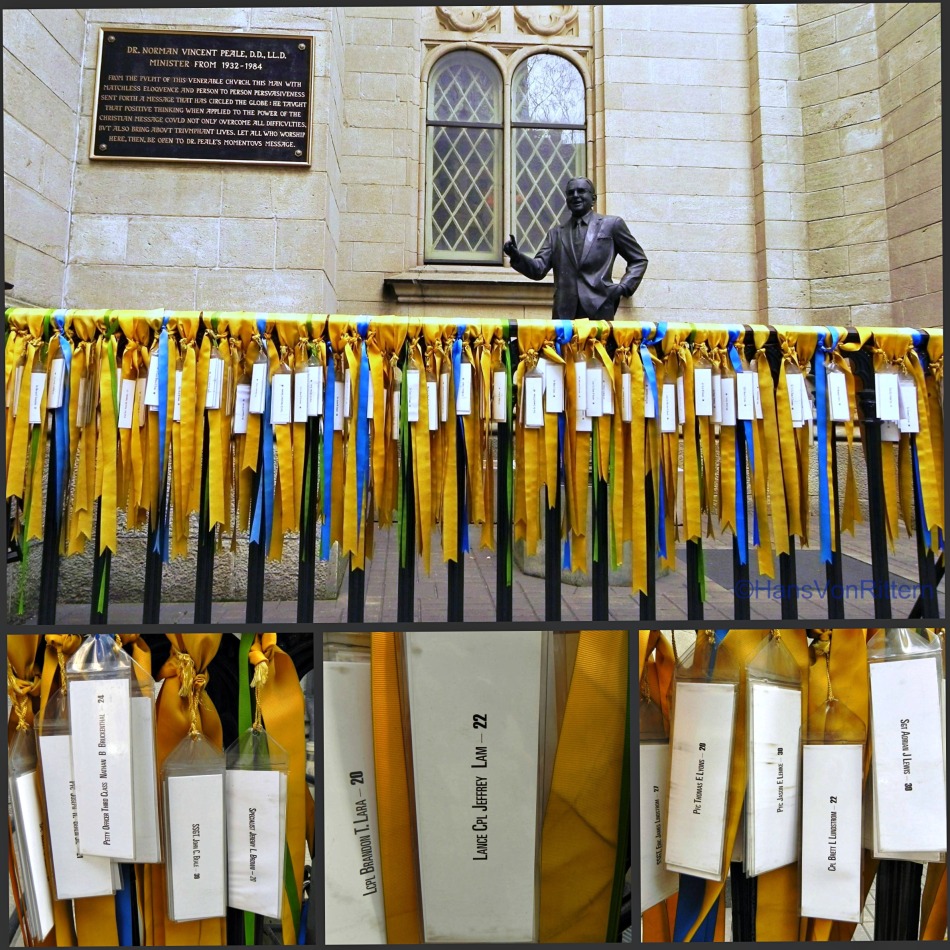 Marble Collegiate Church at 272 Fifth Avenue, corner of 29th street in Manhattan founded in 1628, is one of the oldest continous Protestant congregations in North America. Built in 1851-1854, originally called the Fifth Avenue Church, has the facade covered in Tuckahoe marble for which now the church is named.  Marble Collegiate’s senior minister between 1932 and 1984 was the famous Dr. Norman Vincent Peale, and in case you forgot precisely why he was famous, it’s because he was the man who, among other things, wrote “The Power of Positive Thinking.”

In honor of the old song “Tie a Yellow Ribbon Around the Old Oak Tree”, they have lined it’s old cast iron gates that surround the church, with yellow ribbons honoring the soldiers lives lost in the wars in Iraq and Afghanistan.  There are over 4,000 of them . . .