“FASTEN YOUR SEATBELTS, IT’S GOING TO BE A BUMPY NIGHT!”

“FASTEN YOUR SEATBELTS, IT’S GOING TO BE A BUMPY NIGHT!”:  ‘All About Eve’ is my obsessive favorite film of all time. I own film memorabilia from the film and had the extreme privilege to meet Celeste Holm in 2011 and even attended her 95th birthday party. I thought I had died and gone to heaven when she signed my original 1950 film poster for me.
Imagine my euphoria to  find out Bryant Park’s and HBO’s Film Festival was showing ‘All About Eve’,  Monday August 13th, 2012. I would have attended if I had the plague. Approximately 10,000 people showed up to see Marilyn Monroe ascend the staircase on George Sander’s arm and make her entrance in the party  scene just after Bette Davis  as Margo Channing utters one of the immortal film lines of all time: “Fasten your seat belts, it’s going to be a bumpy night!” The audience stood up, hooted, hollered, cheered, whistled and applauded. It is a truly unique New York experience and I was in heaven . . . 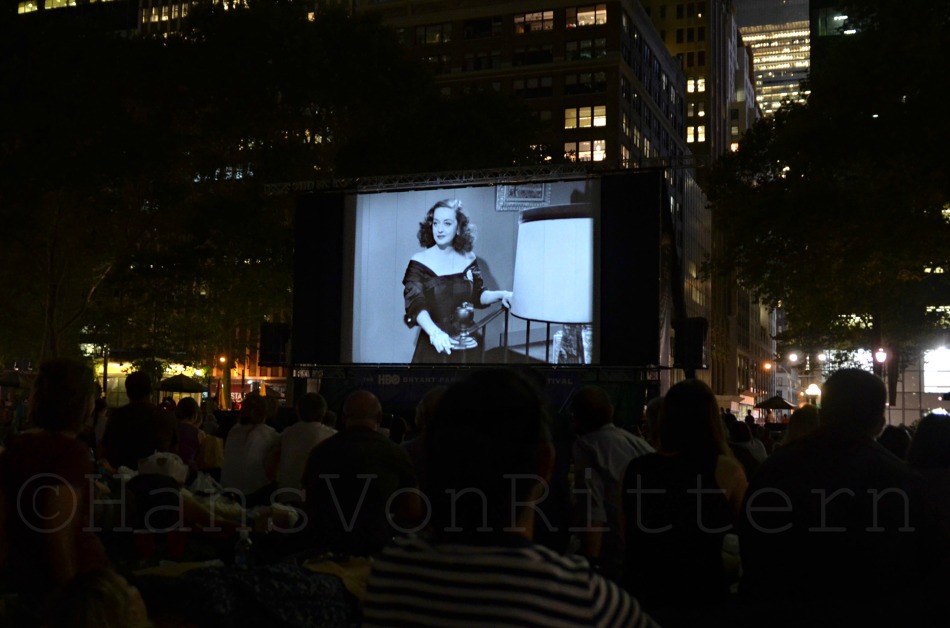