Photo of the day: CROWN HEIGHTS 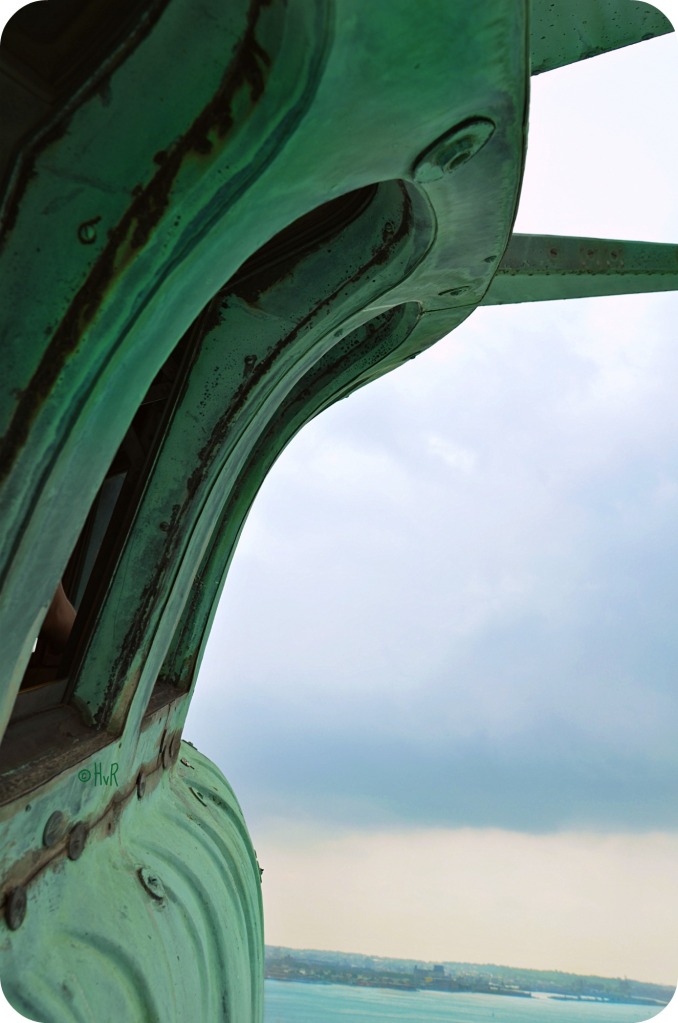 Photo of the day: CROWN HEIGHTS – From 265 feet (80.77 meters) above ground, there are 25 windows in the crown of the Statue of Liberty, some of which are open slightly giving you the opportunity to try to take the most amazing photographs of the iconic symbol of freedom. The seven spikes in her crown, just above the windows, represent the seven seas. To look out of these windows, one can truly use the expression “breathtaking.”
Crown tickets are usually sold out months in advance (till October 2013), but if can plan your trip in advance, reserve a ticket and take a lifetime climb and experience this magnificent ‘breathtaking’ view!
http://www.statueoflibertytickets.com/