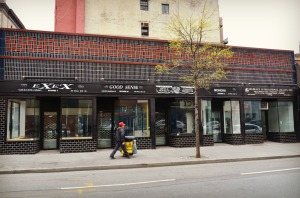 Photo of the day: INVASION OF THE BIKE SNATCHERS

Photo of the day: INVASION OF THE BIKE SNATCHERS – According to the Napoleonic dictatorship of Mayor Bloomberg, New York City can be made in to a country village of happy bicyclists that will not interfere with this bustling city. These bike share racks are an under the table deal arranged between Bloomberg and Janette Sadik-Khan, the transportation commissioner and Citibank. Ms. Kahn is assured a rosey retirement thanks to this delusional deal. Citibank floods the city with it’s peddling meddling logos and and Ms. Kahn will rest even more comfortably.
The docking stations, they claim, were organized with the neighbor leaders, the neighborhoods remember no such meetings. Instead they have replaced much, much needed parking spaces, loading and unloading zones in this city of millions of commercial establishments, tour bus stops, and have even been placed in front of private residences blocking cabs and most urgently – ambulances. The ambulances will be needed since the bikes carry no helmet requirements.
Many of these ‘day trippers’ have no regards for the rules of the road and ride against traffic, on the sidewalks and come barreling through the traffic lights. The bikes have no substantial racks to carry your belongings and I would like to know how this will replace public transportation in the sleet, rain and snow storms to come.
Go up 6th Avenue! I have in private tours all weekend. The trucks are TRIPLE parked because of those damned bike lanes with no one in them! Garbage trucks can’t get close to the curb either. Try navigating your bus or car around triple parked garbage trucks! But the most egregious placement of the bike racks is the deliberate elimination of public art spaces. Emperor Bloomberg is clearly wearing no clothes.

Photo of the day: SPIDERMAN UNMASKED – There’s a story here, but it’s gone down the drain. I was walking down Sixth Avenue in Greenwich Village when I seemed to be the only one who noticed something was awry in the gutters of New York. Has one of our superheroes been unmasked? Or, has one of the many ‘Spidermen’ in Times Square lost his mask on the way home? Is the mask part of someone’s Halloween discards? Somewhere there is a Spiderman unmasked. I wondered who it could be as I walked on, leaving the mask for the street sweeper to whisk away.

Photo of the day: LATE NIGHT ON SIXTH AVENUE 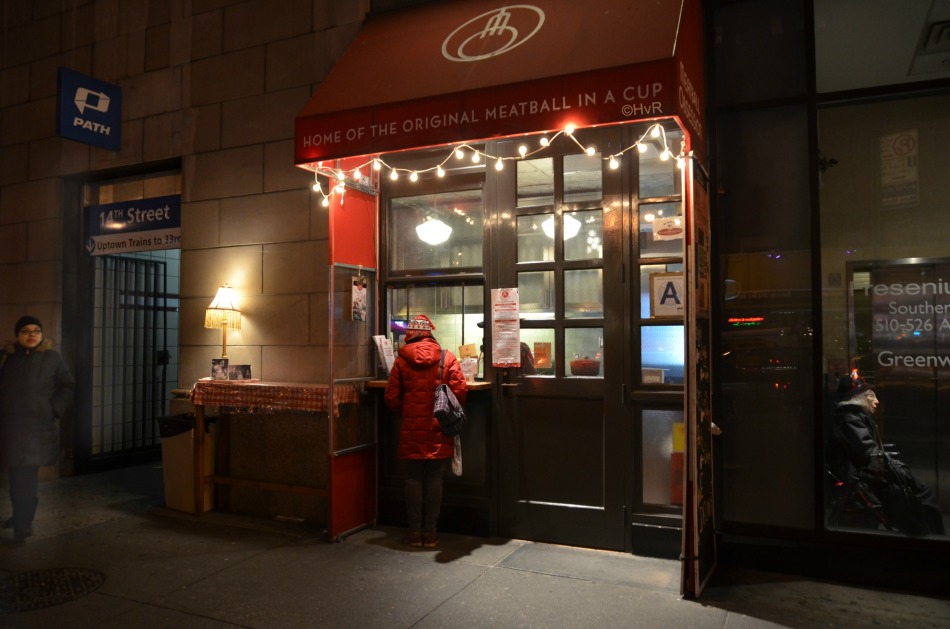 LATE NIGHT ON SIXTH AVENUE: It’s 11pm on Sixth Avenue in Greenwich Village. Three women are waiting.
One for the bus. One for her meatball. One for…someone.
http://meatballobsession.com/