Photo of the day: A PRIVATE CONVERSATION WITH SAINT FRANCIS OF ASSISI 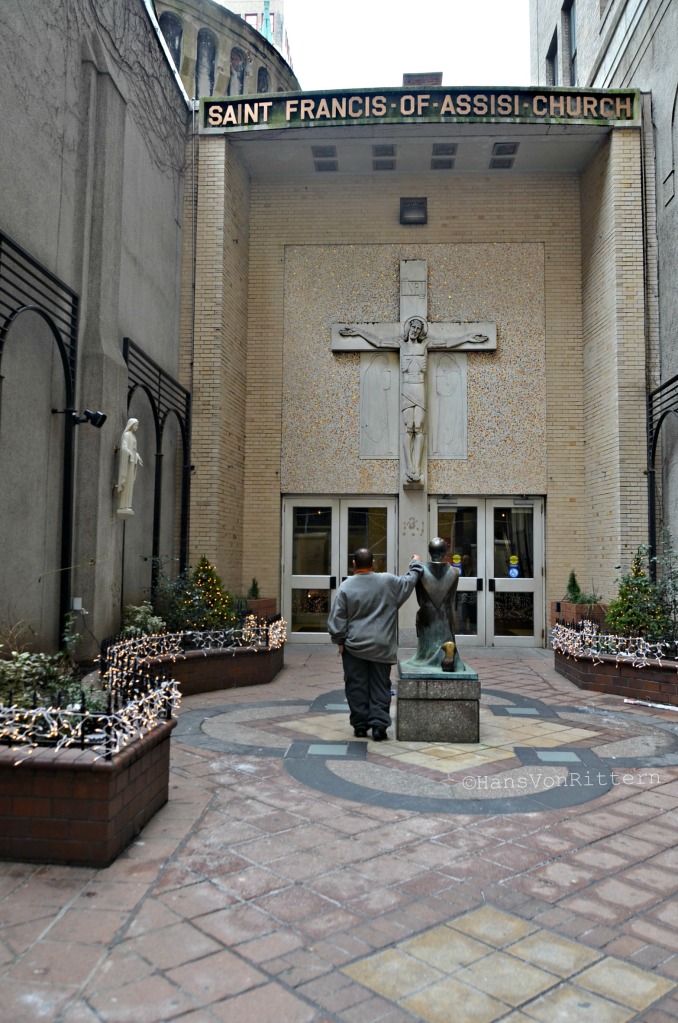 Photo of the day: A PRIVATE CONVERSATION WITH SAINT FRANCIS OF ASSISI – I was passing by  the Church of Saint Francis of Assisi on West 31st Street when I came across this man who found solace in the early morning court yard of the church. He kept looking up at the cross of the church and was having a casual conversation with Saint Francis. It’s good to know people in high places  🙂 .
The Church of Saint Francis of Assisi
built 1892 feeding the poor ever since, renovated 1961
135 W. 31st Street
New York, NY 10001
212-736-8500
http://www.stfrancisnyc.org/history/