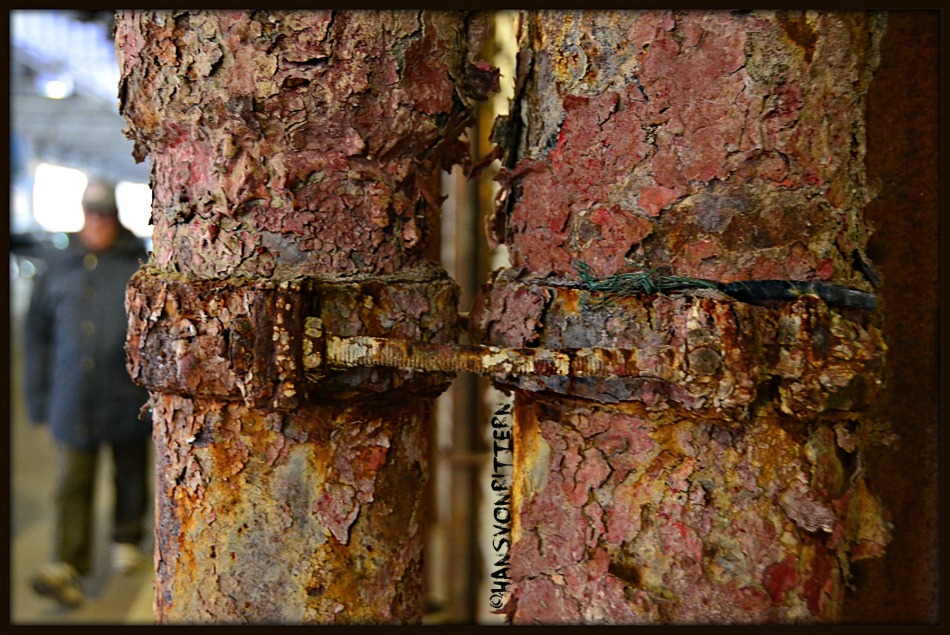 Photo of the day: RUST NEVER SLEEPS – As time marches on, there is one thing that is consistent and that is that rust never sleeps. It marches on and slowly eats away at decades worth of our history. It also happens to be the title of a live record album by Canadian singer-songwriter Neil Young and American band Crazy Horse. It was released on July 2, 1979, by Reprise Records. The title is borrowed from the slogan for Rust-Oleum paint, and was suggested by Mark Mothersbaugh of the new wave band Devo.
Here we see rust hard at work at South Street Seaport, New York City.