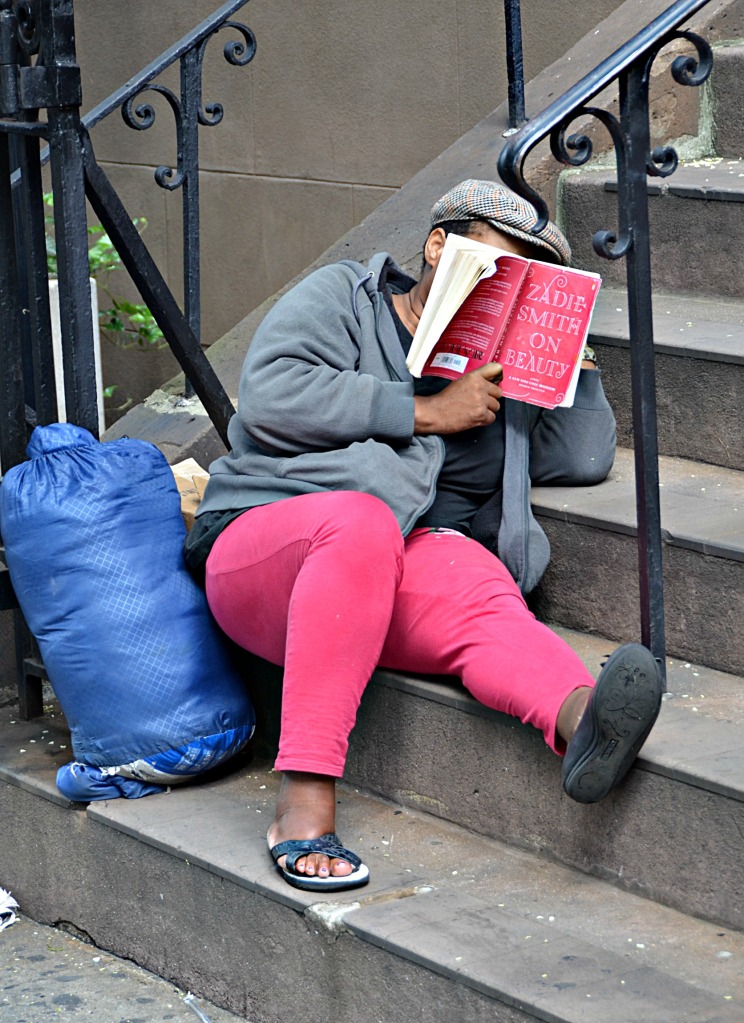 Photo of the day: HOPE SPRINGS ETERNAL – When I saw this homeless woman on the front steps of a 42nd Street Church, reading a book with the title “Zadie Smith On Beauty” I  thought, ‘now there’s positive thinking!’ But – it turns out the book is a smoldering novel of bi-racial love and the clash between liberal and conservative academic values in the United States! A good page turner always intrigues and passes the time:)

On Beauty is a 2005 novel by British author Zadie Smith. It takes its title from an essay by Elaine Scarry (On Beauty and Being Just). The story follows the lives of a mixed-race British/American family living in the United States. On Beauty addresses ethnic and cultural differences in both the USA and the UK, the nature of beauty, . A short article in the Guardian has described it as a “transatlantic comic saga.”