Photo of the day: GIVE ME THE LIBERTY TO GIVE A TOUR ! 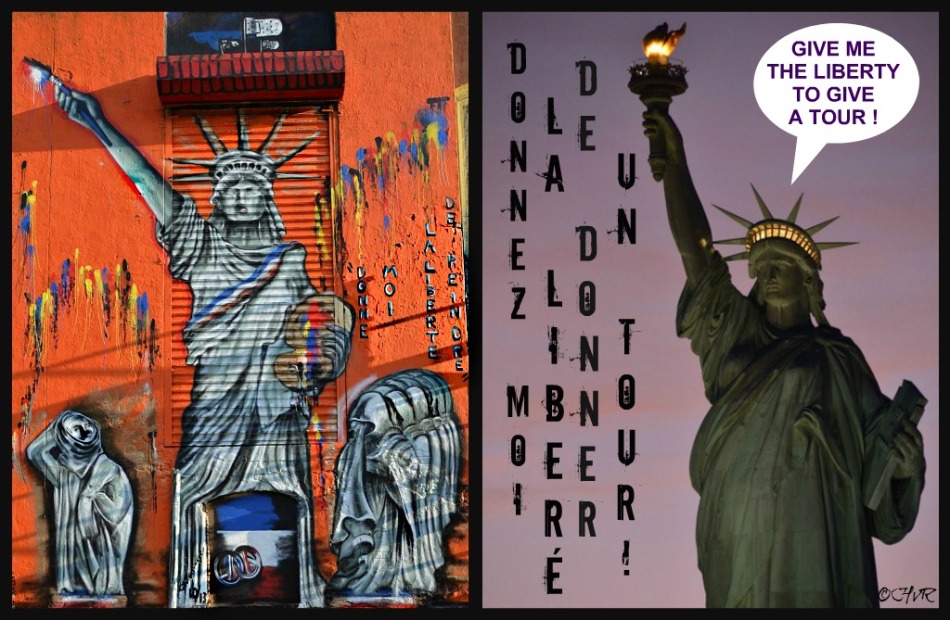 Photo of the day: GIVE ME THE LIBERTY TO TOUR ! – French muralist Veronique Barrilot painted this great mural as a (hopefully not) final statement at the 5 Pointz Graffiti & Mural Museum on Jackson Avenue in Long Island City, Queens, which is in danger of being torn down in favor of twin glass high rise towers. (See my earlier post). Her bold Liberty statue proclaims in French “Give Me The Liberty to Paint!”.
For the past week I have been faced with the frustration of leading my European tourists who have come so far to see (shall we say) their Eiffel Tower, our Statue of Liberty – only to find signs posted that the despicable government has shut the symbol of freedom down and their tickets have been canceled. There we are left standing in Battery Park which is still mostly destroyed from hurricane Sandy. No park. No island. No Liberty.
I too join my friend Veronique in proclaiming “Give Me The Freedom – to Tour!”