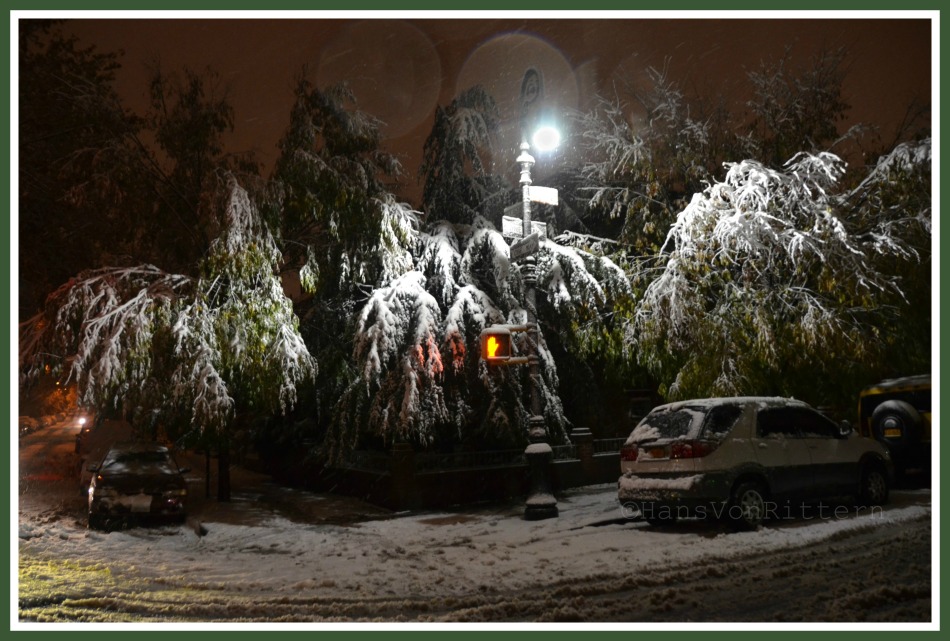 Photo of the day: FROZEN FRIDAY 2012 – It’s hard to imagine but one year ago today, just nine days after hurricane Sandy, New York received 4 inches of snow, it was the heaviest early snowfall ever in November that night. (In the Philippines last night was the biggest typhoon storm ever with 225 mile per hour wind gusts…global warming…)

We have such a dense canopy of trees in Sunnyside, the weight of the heavy wet snow made for an eerie yet beautifully dramatic walk that night as they bowed dangerously low. Silent night, snowy night. All wasn’t calm, but it was quite a sight. Today November 8, 2013 it will thankfully be 54°.