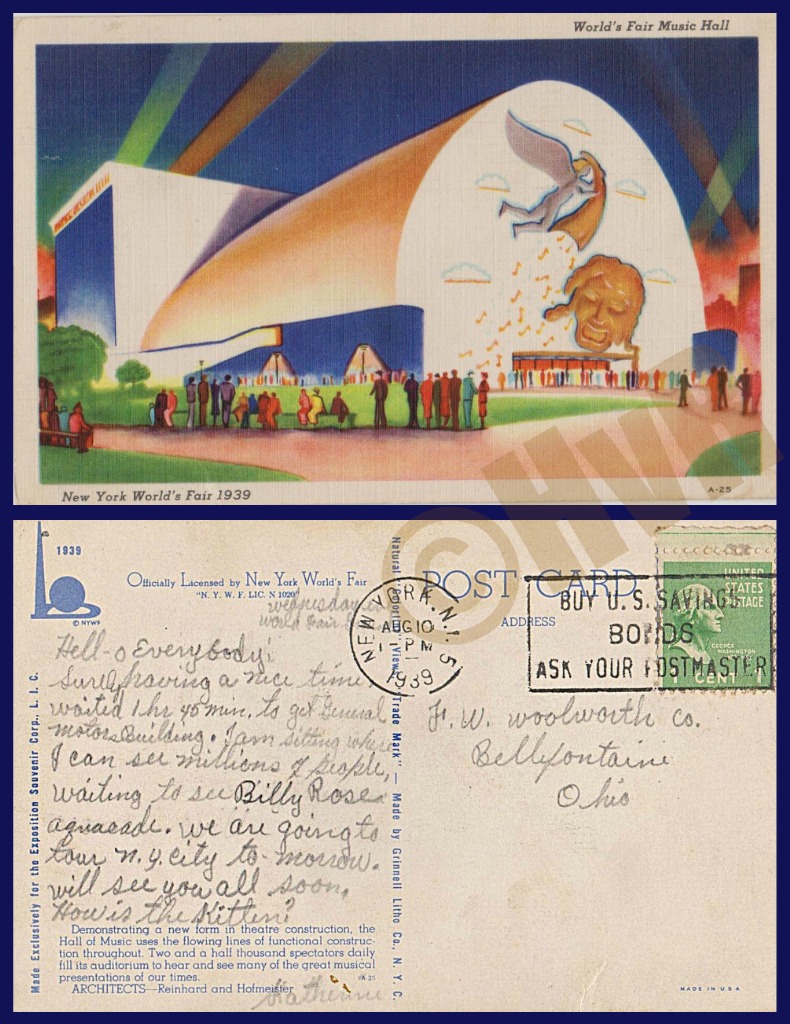 Hell-o Everybody! Surely having a nice time. Waited 1 hr 40 min. to get General Motors Building. I am sitting here where I can see millions of peple waiting to see Billy Rose Aquacade. We are  going to tour N.Y. City to-morrow. Will see you soon. How is the kitten?

Description: Demonstrating a new form in theater construction, the Hall of Music uses the flowing lines of functional construction throughout. Two and a half thousand spectators daily fill it’s auditorium to hear and see many of the great musical presentations of our times. Architects – Reinhard and Hofmeister.

– Television was seen my most people for the very first time in a transparent set to show it wasn’t trickery and really technology.

– The General Motors building Katherine waited so long in line for was actually called ‘Futurama’ and showed life in the future 1960 with vast automated highways and expressways all done in a futuristic art deco-like style.

– At the World’s Fair Music Hall a visitor could be entertained by Bill “Bo Jangles” Robinson and a cast of more than 200 other performers in Michael Todd’s “Hot Mikado.”

– The famed Aquacade show was produced by Broadway celebrity Billy Rose (once married to Fanny Brice) “a brilliant ‘girl’ show of spectacular size and content.” The amphitheater seated 10,000 people and looked out over the water towards a stage 200 feet deep and 311 feet wide. Eight thousand gallons of water a minute poured into the making of a man-made Niagara which stretched 260 feet and rose forty feet in height. The art deco 11,000 seat amphitheatre was at the north end of Meadow Lake. The pool and the 300 by 200-foot (61 m) stage could be hidden behind a lighted 40-foot (12 m) high curtain of water.

– The New York State Marine Amphitheatre was sadly torn down in 1996 because of local opposition to renovating the asbestos-contaminated structure as a concert venue.

– The Woolworth Bellefontaine, Ohio location is today a Footlocker.

– And . . . how was the kitten doing that the workers at the local Woolworth‘s had taken in?? 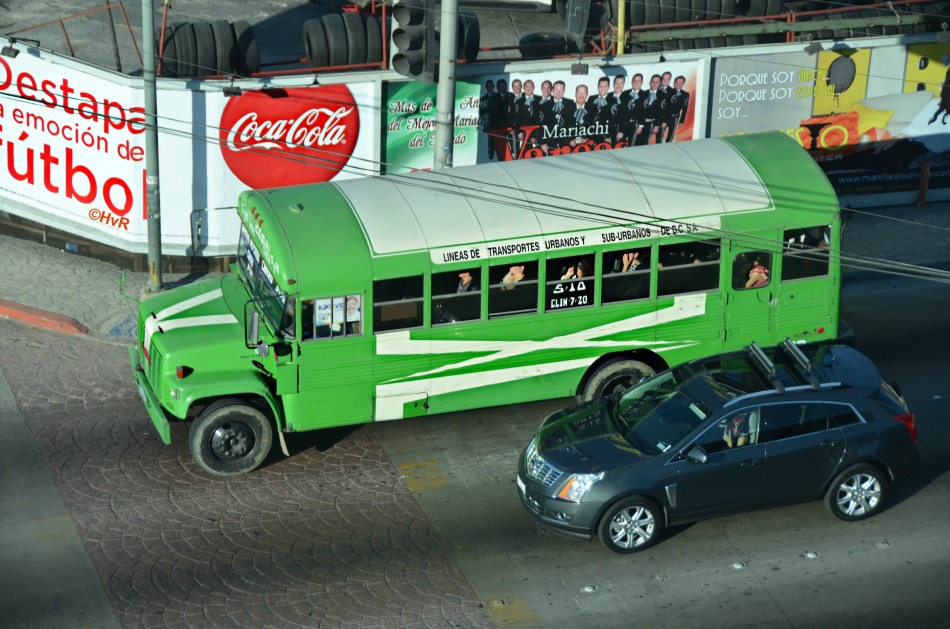 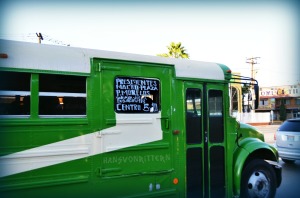 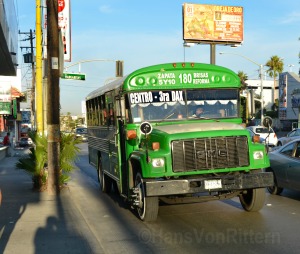