Photo of the day: EARLY SUNDAY MORNING IN HARLEM

Photo of the day: EARLY SUNDAY MORNING IN HARLEM – 125th Street, 9am. This church usherette in her nurses uniform ignores the sinful life of late night Harlem night clubbing portrayed by the great Harlem muralist Franco (Gaskin) the Great as she heads to volunteer at her local Baptist church. It has been a long standing tradition to have nurses serve as usherettes in gospel services just in case one of God’s flock feels the spirit to such a height that they may pass out and faint. Many of my European guests have been bemused by the sight of a nurse greeting you at a church’s entrance, kindly and warmly with a smile. “God bless this Sunday morning, right this way..”
“…I would rather be a doorkeeper in the house of my God….” – Psalms 84: l0b
“Early to bed and early to rise, makes a man healthy, wealthy, and wise.” Benjamin Franklin 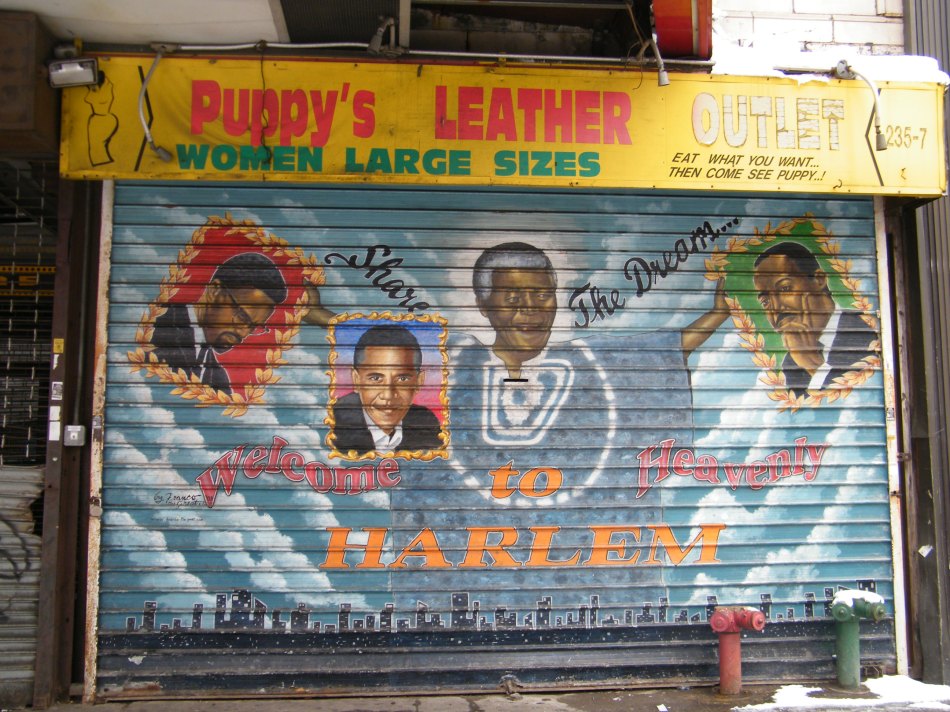 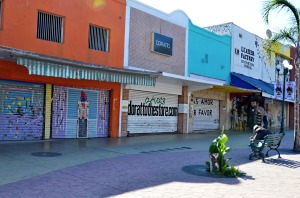 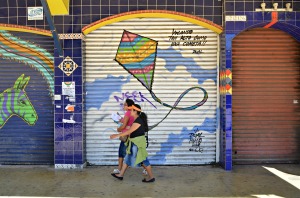