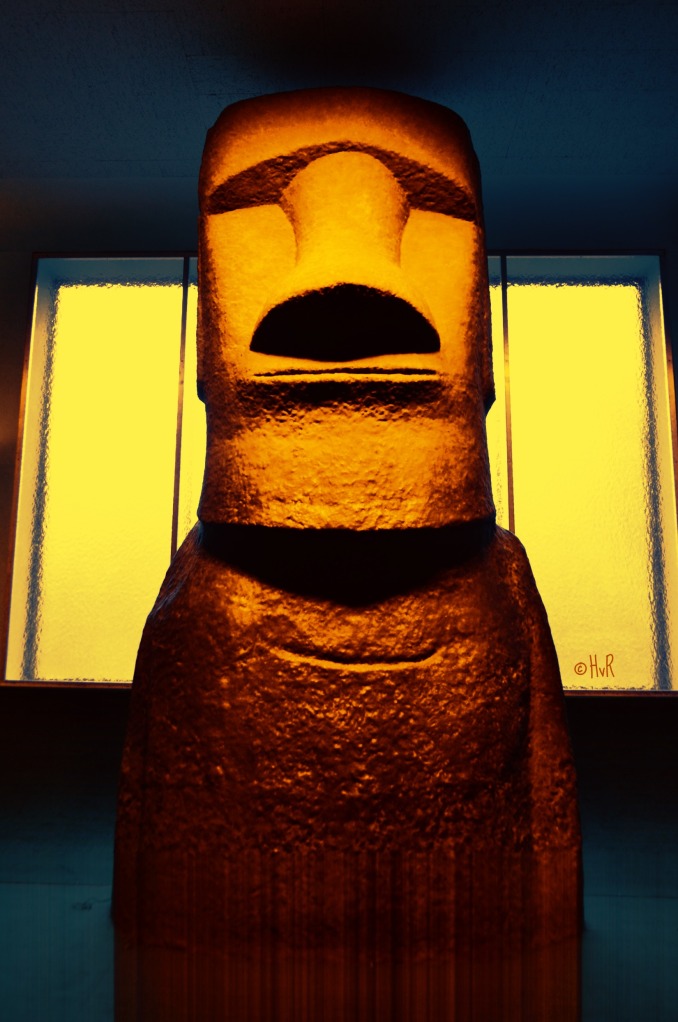 “Hey dum-dum. You give me gum-gum!”: One of the most beloved attractions at The Museum of Natural History is “Dum Dum” the talking Easter Island tiki statue from the 2006 movie “A Night At The Museum” starring Ben Stiller.
‘Dum Dum’ is actually a Moai carved by the Rapa Nui people from rock on the Chilean Polynesian island of Easter Island between the years 1250 and 1500AD. Nearly half are still at Rana Raraku, the main moai quarry, but hundreds were transported from there and set on stone platforms called ahu  around the island’s perimeter. Eleven of the 887 statues have been given to museums around the world and have become well loved, especially ‘Dum Dum’.
Their story is extraordinary:  http://en.wikipedia.org/wiki/Moai