Photo of the day: CHESTNUTS ROASTING ON AN OPEN FIRE 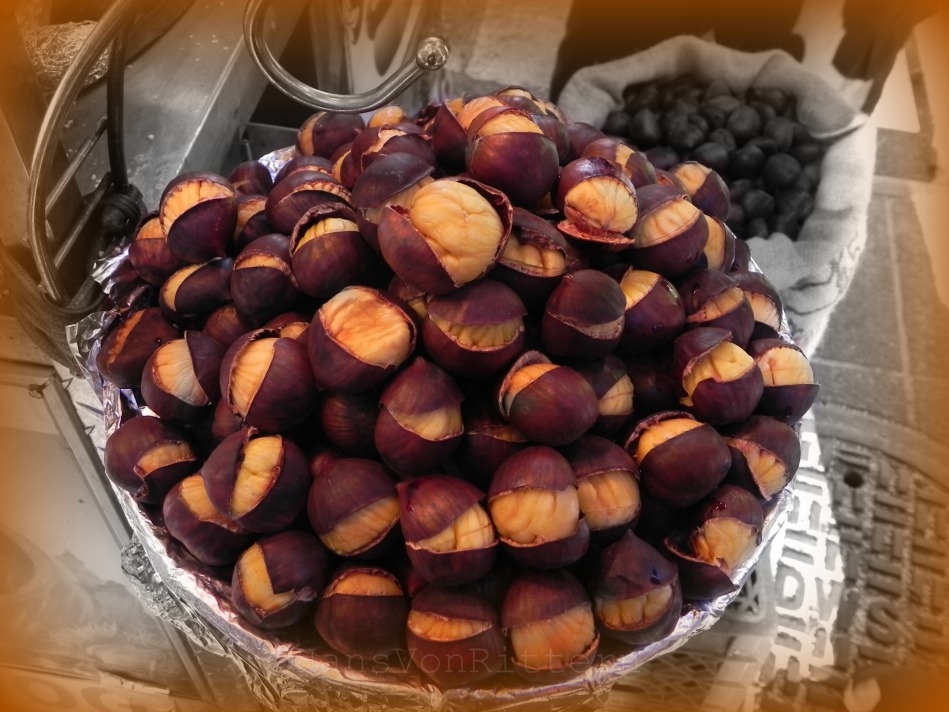 CHESTNUTS ROASTING ON AN OPEN FIRE: Tis the season for chestnuts roasting on an open fire – but good luck finding them on a street corner in New York City. The toasty treat that Nat King Cole immortalized in “The Christmas Song” was once a year-round staple of street vendors citywide. Now the chewy nuts are relegated to the tourist-heavy corners of Manhattan, a victim of changing tastes, vendors sadly say.

Chestnuts are mainly sought out by tourists and nostalgic native New Yawkers.  Less and less sell every year as prices also rise. I remember I used to collect them with my grandmother in the fall in Woodhaven Blvd’s St. John’s Cemetery where there are chestnut trees in abundance. She had taught me the old German art of chestnut carving! We would spend many fall afternoons carving the beautiful brown nuts into people, baskets and animals aided with tooth picks for limbs, tiny buttons or pins for eyes etc. Now the chestnuts you see on the streets are imported from Italy and are expensive. Sugary coated peanuts are now in vogue and to be had everywhere instead.  Roasted chestnuts have become an acquired taste, romanticized by the Nat King Cole song, seems we’re buying them now only to savor our past – not the taste . . .