Devastation in my New York neighborhood of Sunnyside, Queens 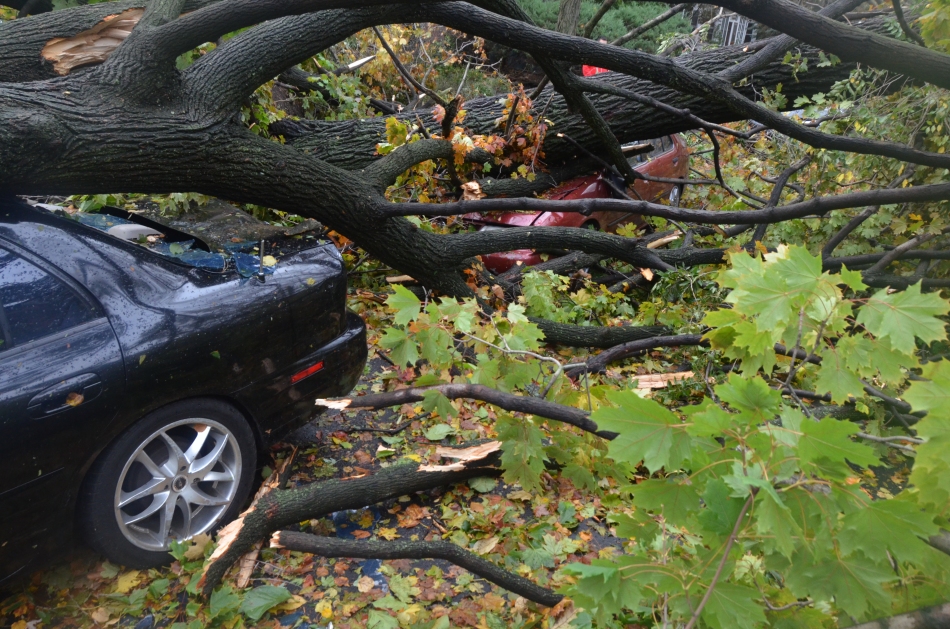 Many of our street are impassible. Giant 85 year old trees barricade the lovely streets. Worries of fire engine and ambulance access grows as Tuesday comes to an end.

Photos of the day: CAR SURFING by DEE THE WHITE RAPPER

CAR SURFING by DEE THE WHITE RAPPER: Crossing West 46th Street I came across a nice moment of a homeless person asking for cigarettes from the cars waiting for the traffic light to turn green. Guy in a white Toyota Solara generously offered a cigarette. I caught the moment on camera.
Man in car notices me. Looks at me, I call out: “It was a nice moment!”. Man in car in very cocky manner sez to me “You really want to see something?”
Ok, this can go many ways. Am I going to get flashed or mooned? Feeling I’m at a safe distance I just replied “Ok….”
“You just keep watching, ok?”
“Ok.”
“Keep your camera on me.”
“Ok….”

I’m getting a little worried, the car starts to move and the man starts to fumble with his seatbelt. I’m betting on getting mooned. He starts to slowly rise out of his car seat. I am convinced I’m about to get a ‘moon shot’. As the car speeds up the street, he totally stands up in the car seat while the car is moving, arms outstretched as the car heads up the street. The traffic light turns red. I run to catch up to the car.
He – is ‘Dee The White Rapper’ who makes appearances on the Howard Stern Show and is part of his Camera Gangsters. “That was not what I expected, cool!” I called out.

“I’m going to do it again, run up the street.” Now with more
confidence I run ahead of the car. Slowly the the Solara makes it’s way up the
street towards the camera and Sean Dee boldly ‘surfs’ the car up 46th Street. As
the car speeds away, Dee calls out “I do this all the time!” 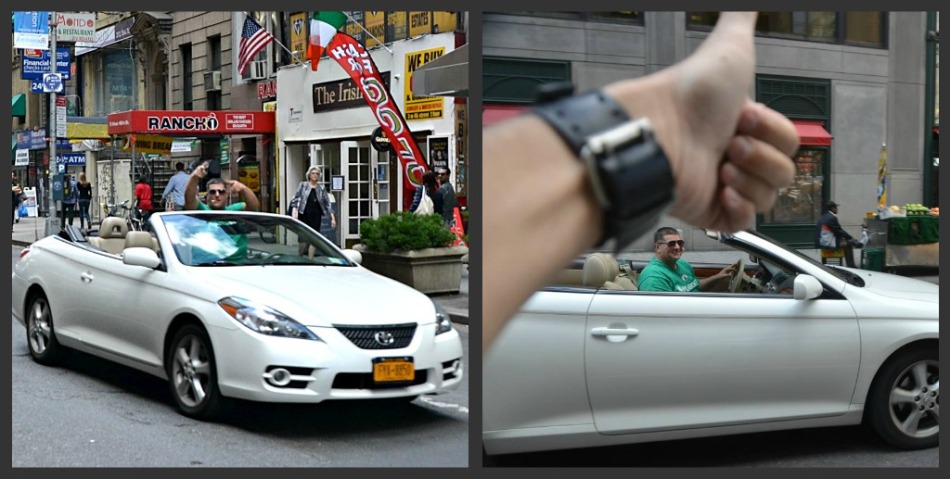