Photo of the day: PAYING MY RESPECTS TO JOAN RIVERS 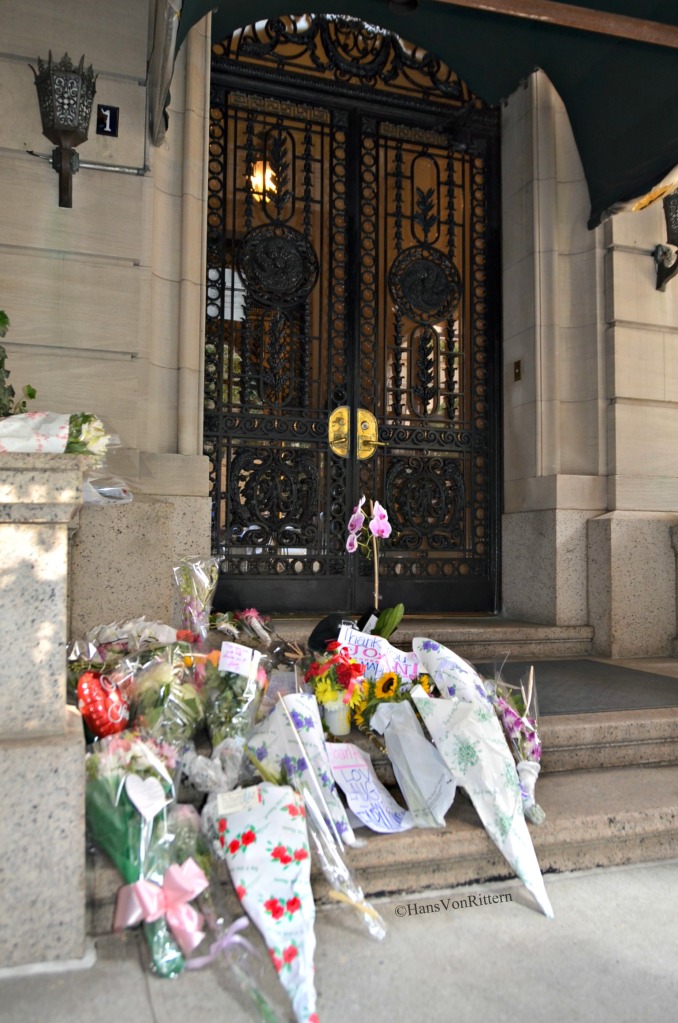 Photo of the day: Paying my respects to Joan Rivers. How could I not leave flowers for a woman who fought for AIDS funding before it was popular? Who worked in ‘Gods Name We Deliver’s soup kitchen and made the meals, and surprised some homebound guests by delivering them personally. Who fought for gay rights and equal rights? Whose NYC comedy club appearance proceeds all went to charity? I left a rainbow colored assortment of roses for Joan & Melissa, thanking them both.
Joan Rivers – a true New Yawker. Brash, bold, in your face, a fighter and . . . she made it. Living on 5th Avenue. Still relevant at 81. Gone way to soon, New York will be a sadder and emptier place without her. “Can we talk?”