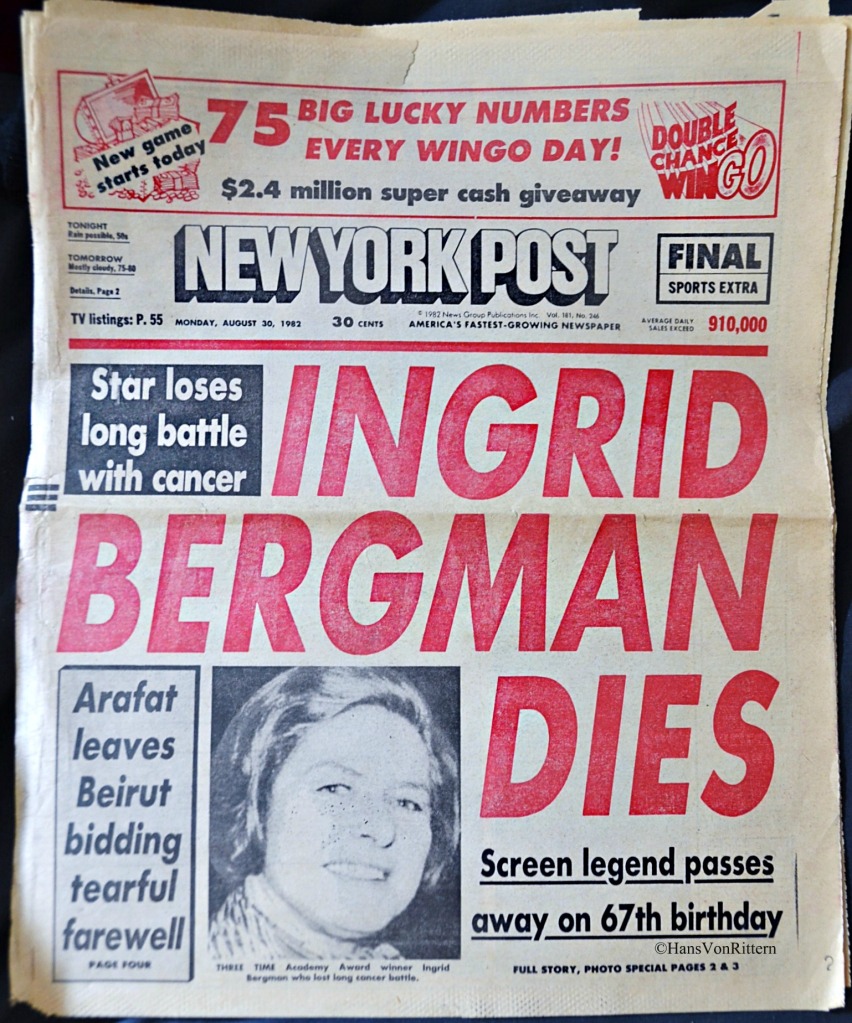 Photo of the day: INGRID BERGMAN DIES – This was the startling headline New Yorkers were greeted with on August 30, 1982. Bergman had died at the young age of 67 in a London hospital of breast cancer leaving us with incredible memories of “Casablanca” and “Gaslight”. I had spent a wonderful evening alone with her ten years earlier in 1972 at the Ethel Barrymore Theater as she was appearing in the play “Captain Brassbound’s Conversion.” I just gazed at her as we talked. Her face had not changed, her voice was exactly the same, her eyes still sparkled. I was so mesmerized realizing I was looking into the actual eyes of Ilsa Lund….