Photo of the day: I SOLD ONE OF MY PHOTOS TO BE USED AS A GIANT MURAL IN A NYC LOBBY !!

Photo of the day: I SOLD ONE OF MY PHOTOS TO BE USED AS A GIANT MURAL IN A NYC LOBBY !! – Wow! Pinch me! I got an email several months ago from a design firm that saw this photo of mine on my web site and said it was perfect for their client, it was exactly what they were looking for. I didn’t dare dream or think anything would come of it. Well – it did!
The photo called “West Side Story” is of fire escapes casting their shadows at sunset in the Soho district of New York. While editing the photo, it more and more made me think of the fire escapes used as logos for the classic American musical film “West Side Story.” So as I played with the photo more and more, I reversed it into a negative image and tinted it the exact color of the “West Side Story” film poster and voilà! Obviously it appealed to someone, because it sold for a tidy $um and is going to be a giant mural in a lobby of a building ! 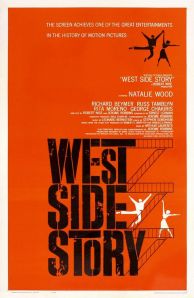