Photo of the day: I LOVE BIG CANS! 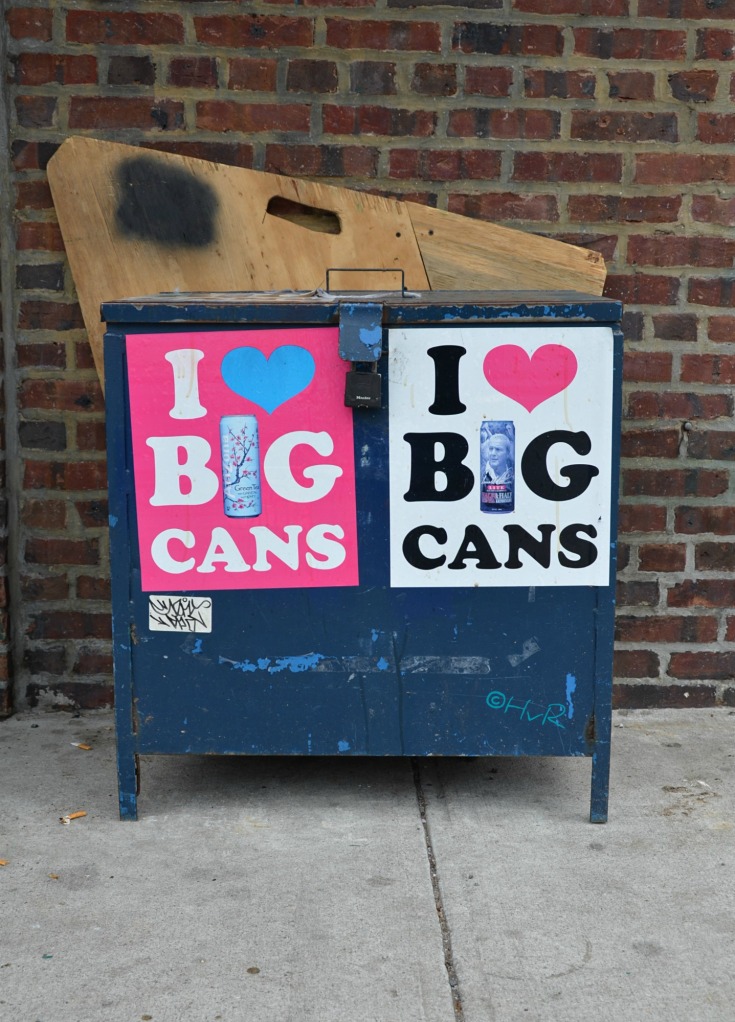 As seen in Forest Hills, Queens
Photo of the day: YES I CAN!
can – slang
noun: bathroom, breasts, buttocks, toilet.
verb – transitive: To dismiss (“fire”) from a job. To stop speech, visible emotion, etc.

n] Show IPA auxiliary verb and verb, present singular 1st person can, 2nd can or ( Archaic ) canst, 3rd can, present plural can; past singular 1st person could, 2nd could or ( Archaic ) couldst, 3rd could, past plural could. For auxiliary verb: imperative, infinitive, and participles lacking. For verb (Obsolete): imperative can; infinitive can; past participle could; present participle cun·ning.

auxiliary verb
1.
to be able to; have the ability, power, or skill to: She can solve the problem easily, I’m sure.
2.
to know how to: He can play chess, although he’s not particularly good at it.
3.
to have the power or means to: A dictator can impose his will on the people.
4.
to have the right or qualifications to: He can change whatever he wishes in the script.
5.
may; have permission to: Can I speak to you for a moment?