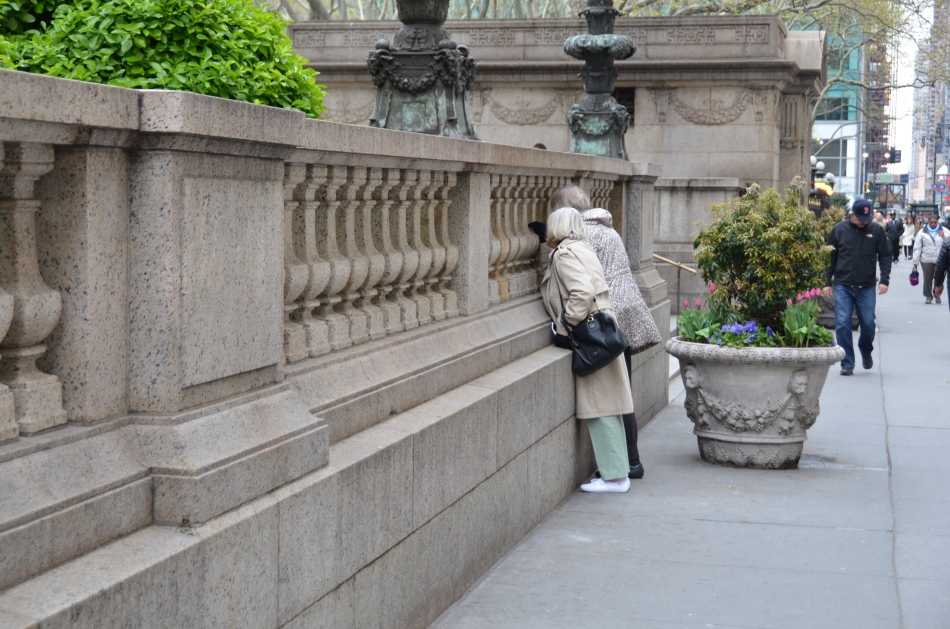 I TAWT I TAW A PUDDY TAT / I THOUGHT I SAW A PUDDY TAT! – I was walking down West 42nd Street and I noticed this odd twosome of ladies leaning into and staring into the cement wall around the Public Library with great intent and fascination. I stopped walking and stood there, to observe the ‘observers’. What could be so fascinating staring into the bushes behind the cement wall? I stood there, they stared. I stood some more, they stared more intently, they did not move an inch, frozen…staring. Curiosity getting the better of me, I drew closer to see if I too could discover this secret fascination that only these two were privy to.

As I approached them from the other side I saw the binoculars in her hand! Oooh, I thought, juicy scandalicoius celebs making out behind the bushes! Or perhaps a secret filming of a top secret movie. No. They were bird watchers, intently watching some (maybe not so) ordinary sparrows in the bushes! Thank goodness no puddy tats were around, just two bird watchers, some perplexed New Yorkers and me.