Photo of the day: STOP NORMALIZING RACISM AND VIOLENCE 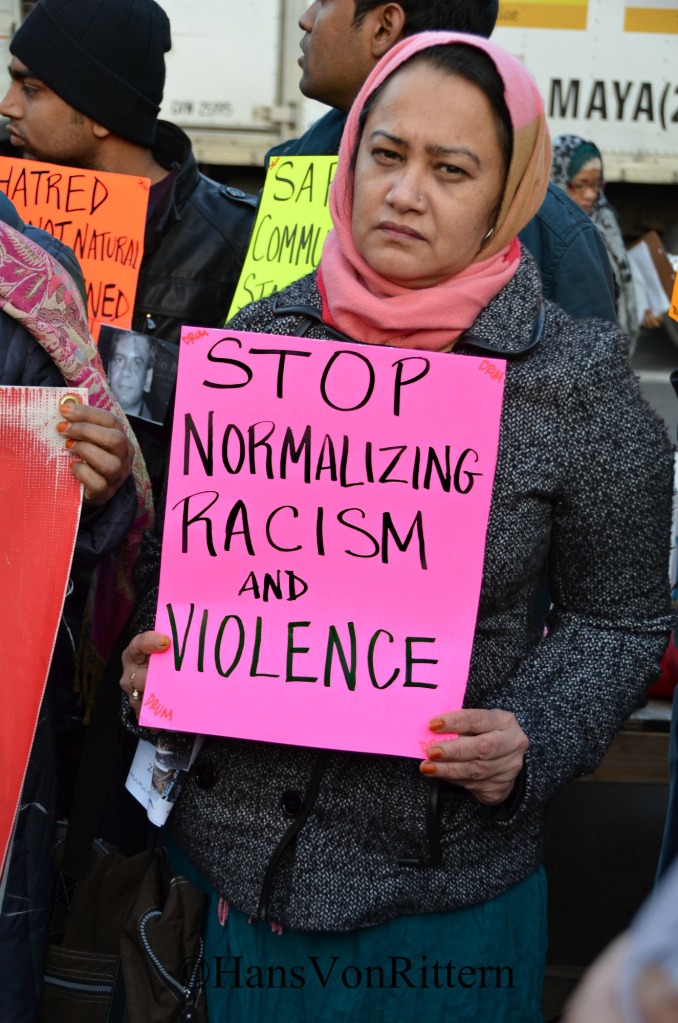 STOP NORMALIZING RACISM AND VIOLENCE: This is Mazeda Uddin,  the National Women’s Coordinator for the Alliance of South Asian Americans. She and I attended a vigil in Jackson Heights to address incidents of racial violence, anti-Muslim, anti-gay sentiment and other forms of hatred in our neighborhoods. In light of the recent tragic death of Sunando Sen, an India immigrant, who was pushed in front of the 7 Train in Sunnyside for being “one of them”. Attending yesterday afternoon were Council Members Danny Dromm and Jimmy Bramer, members of Desis Rising Up & Moving, Council on American Islamic Relations and other community leaders and clergy to put an end to these heinous crimes.
We are a city of immigrants. Immigration is what built New York, to turn on each other for our perceived differences is inexcusable.
See my original  post of December 29, 2012 to read the sadly horrible story of Mr. Sunando Sen.