Photo of the day: BABY IT’S COLD OUTSIDE 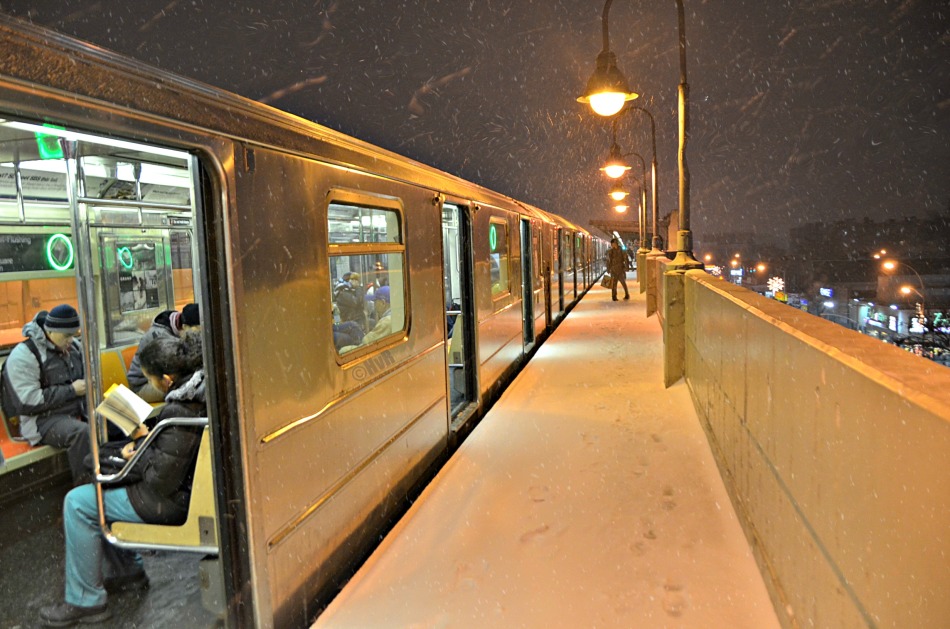 Photo of the day: BABY IT’S COLD OUTSIDE – It is 15°F (-9.5°C) here in New York City and last night winds were howling as we received 10″ inches (.25 meters) of snow for our first blizzard of 2014. But the commuters aboard the local #7 train at the 46th Street station in Queens were oblivious to the frigid conditions outside as they concentrated on their books and iPhones on their way home.