Thirty four years after the legendary performance of her 1978 concert at Roseland Ballroom, NYC – Grace Jones returned Saturday night, October 27, 2012 and gave what perhaps will go down as one of her most legendary concerts of her career. She has not changed a bit. At 64 years old she is an astoundingly fit statuesque Amazonian creature as she was then. When she asked “Who was here in 1978?” the roar in response was deafening. (I was there that night in 1978). The sold out concert crowd recreated the height of the atmosphere of the divine Studio 54 disco days. Extreme outfits were the norm. Glam, glitz, drag, shock and over the top seemed to be the order of the night.
Grace outdid herself for her die hard fans, even the Hammerstein Ballroom concert performance of July, 2009. She was more animated, loose, filled with naughty adlibs (Grace is obviously an oral sex fan). Roseland’s lighting crew was off their game for which Grace retorted with a flurry of quips, zingers and re-starts of her legendary disco and new wave songs. No dubbing, live for almost 2 hours! “Keepin’ it tight!” It was Grace unleashed.
Every move was a camera pose. Every gesture calculated to cause frenzy and cameras to go wild. She is still a fierce, angry, cocky sexual diva. Her legendary toned body is remarkable, her legs are longer than a Barbie doll’s, her ass firmer that a 30 year old. One of her songs was performed while consistently swirling a hula hoop around her waist and then while continually twirling and moving about the stage she introduced the band – constantly twirling! Lady Gaga, Britney, Madonna, Rhianna, Taylor Swift or any of the young acts today do not have the stamina of this remarkable icon. With a hard pounding rock/reggae beat flavored with disco and new wave, her mega hits did not disappoint. Ironically called “The Hurricane Tour”, Grace ended in defiance singing “Hurricane” while huge fans blew her about on stage and whipped the crowd into an ecstatic frenzy leaving euphoria in her wake.
STAY TUNED FOR MORE CONCERT PHOTOS TO FOLLOW!
IF YOU WISH TO ORDER AN 8″ x 12″ PHOTO YOU CAN ORDER THEM THROUGH MY WEBSITE & PAYPAL
http://hansvonrittern.com/
Enjoy,
Hans Von Rittern 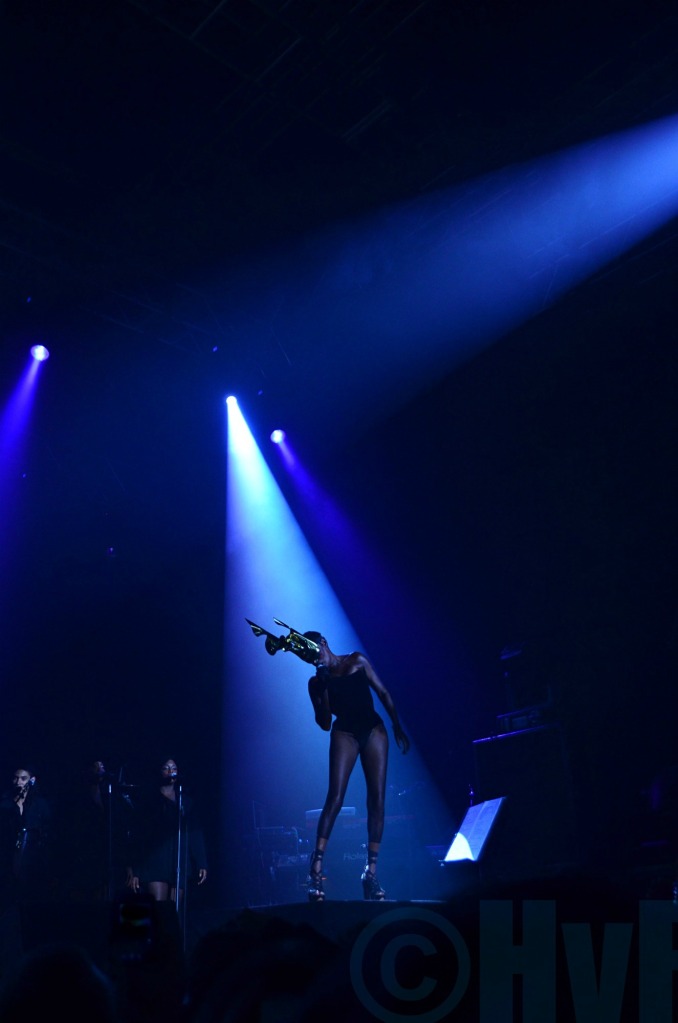 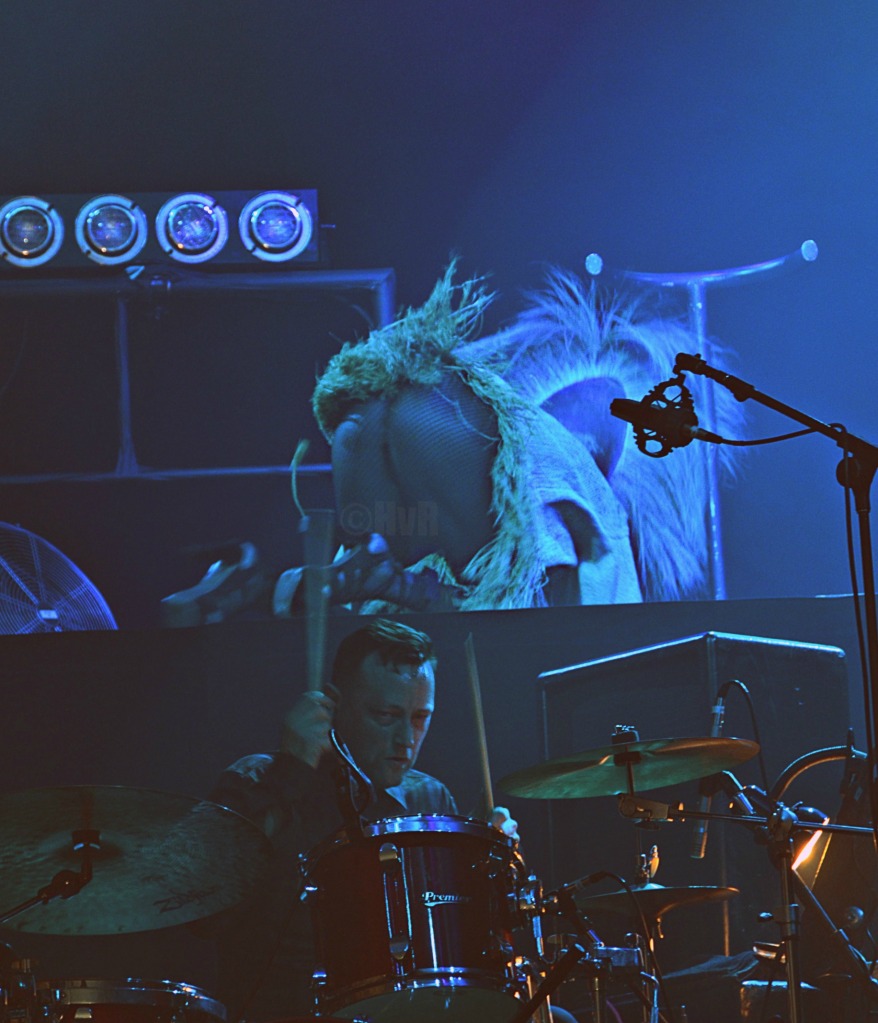 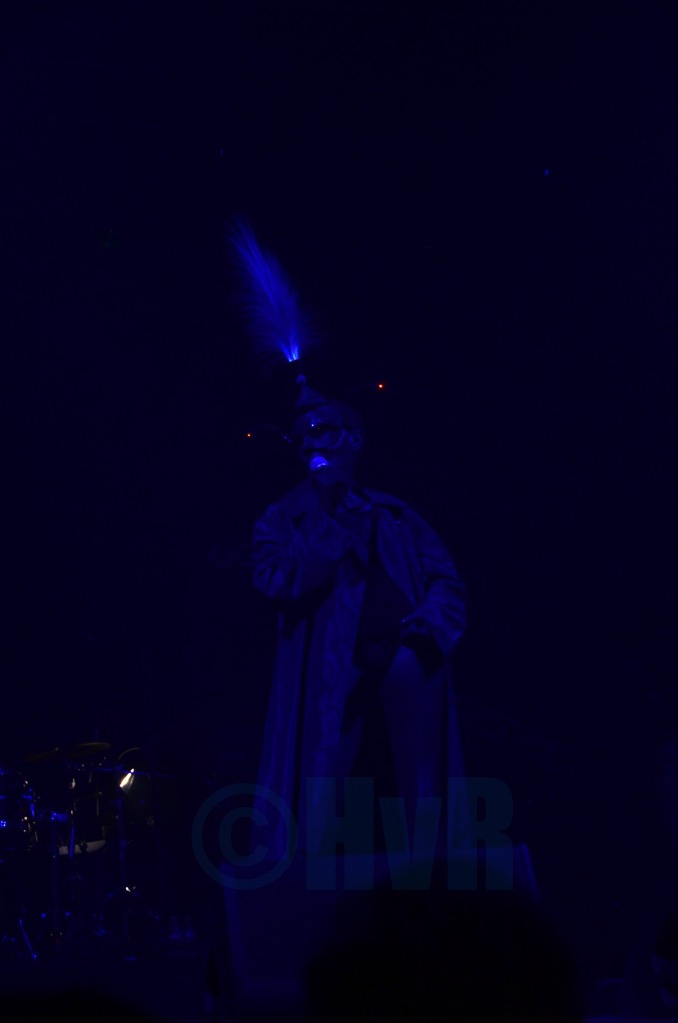 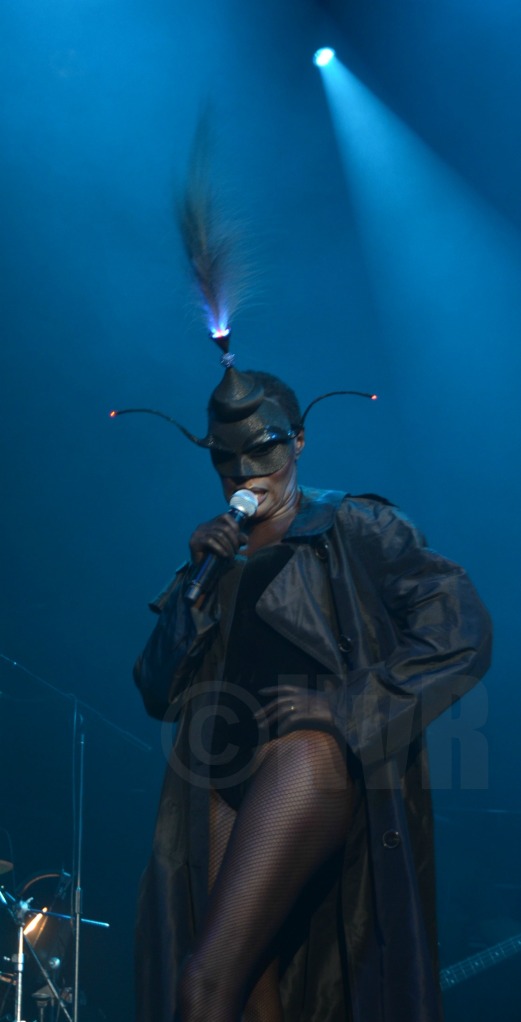