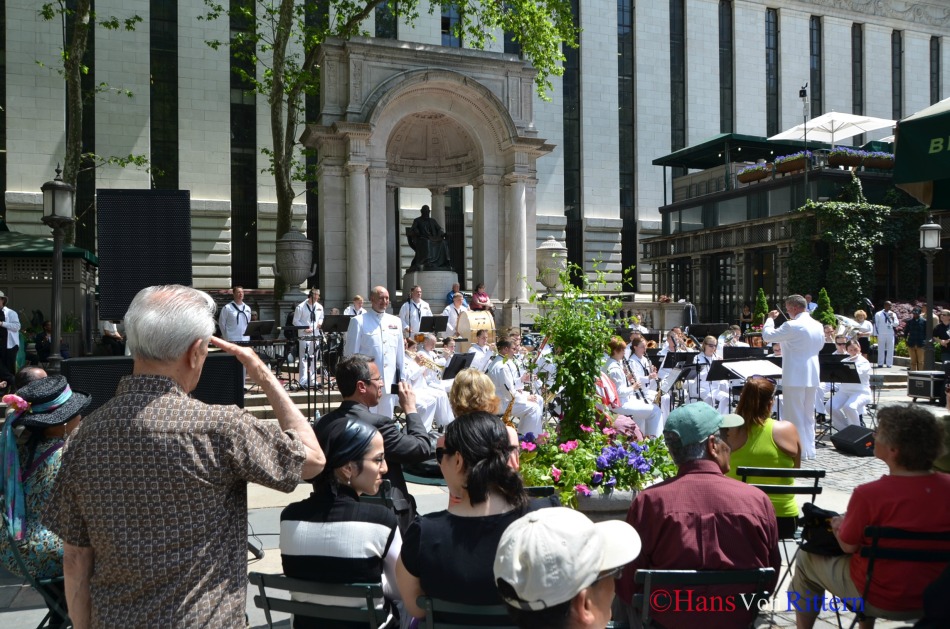 Photo of the day: OLD TIMER’S NAVY SALUTE – Yesterday in Bryant Park, the navy serenaded lunch time picnickers with a rousing concert. At the end of the concert, the conductor asked audience members from each branch of the military to stand up and be recognized. This old timer still gave the perfect proud navy salute.
The Navy Band Northeast Pops Ensemble and the U.S. Fleet Forces Band featured a wide variety of musical styles including traditional concert band literature, pop, Jazz and patriotic favorites.

Under the direction of Lt. Cmdr. Carl Gerhard, Navy Band Northeast is one of 13 official bands of the United States Navy worldwide, and is comprised of 45 professional Navy musicians, many of whom are from the New York metropolitan area and welcomed a chance to perform in front of the hometown crowd.