Photo of the day: “CALL ME LIZ” 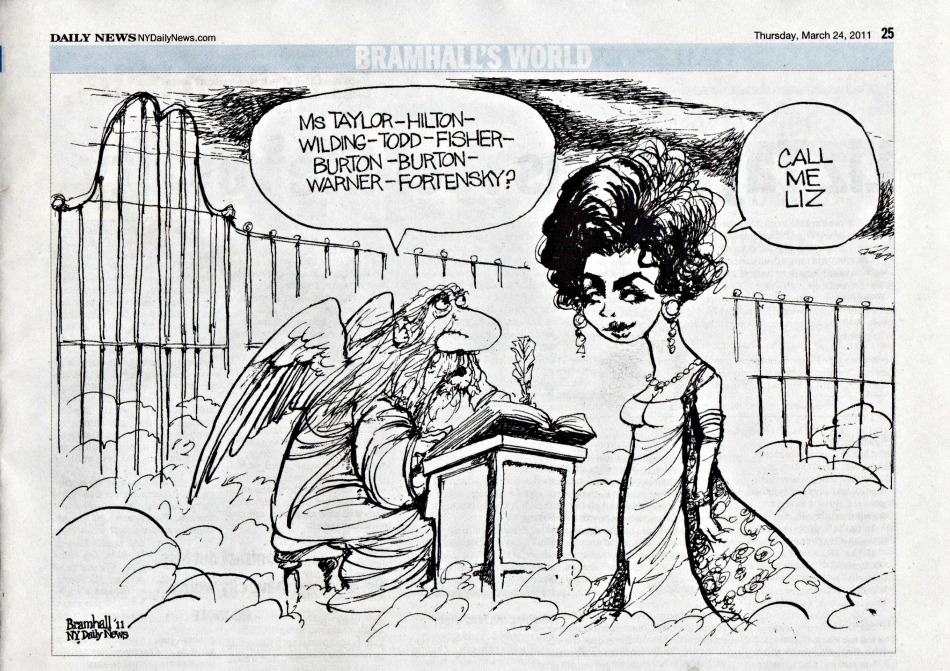 Photo of the day: “CALL ME LIZ”: Elizabeth Taylor-Hilton-Wilding-Todd-Fisher-Burton-Burton-Warner-Fortensky. Actress, stunning beauty, one of the first AIDS activists and great dedicated humanitarian.  Born February 27, 1932, died March 23, 2011. Having been known for being notoriously late, at her request, the funeral began 15 minutes after it was scheduled to begin; as her representative told the media “She even wanted to be late for her own funeral.”
Cartoon by: Bramhall/New York Daily News