Photo of the day: BANAN-APEAL 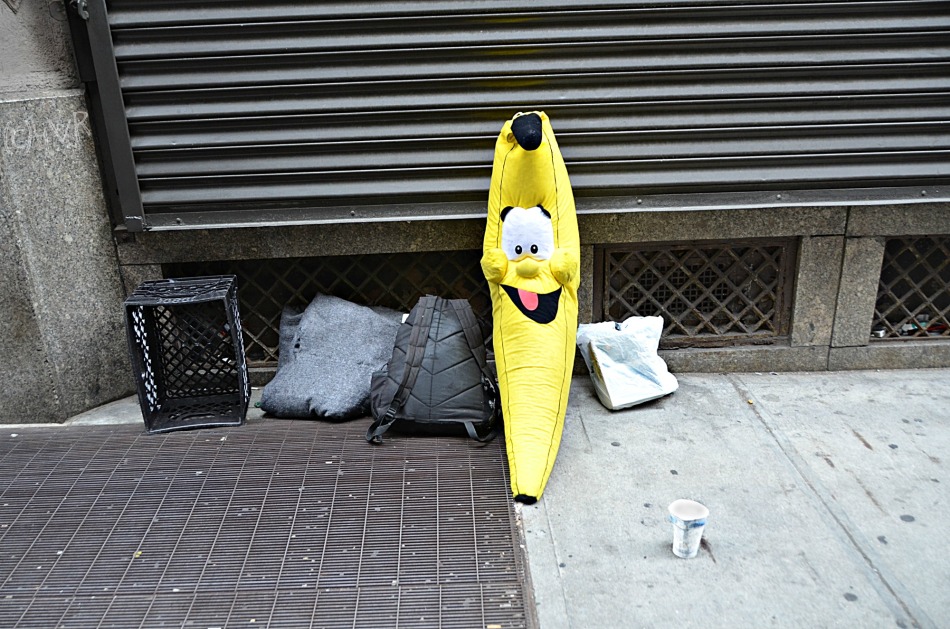 BANAN-APEAL: The economy is taking a bad turn when our local fruits are begging in the streets! This down and out banana was found a-peeling for funds on east 40th street Friday afternoon. ‘Brother, can you spare an ice cream scoop?” “I’ll ripen for $1.00.” “Do I a-peel to you?” “I’ll peel for $2.00!”
Truth be told, I was in a hurry to an appointment down the street when I passed this scene and found it quite amusing and odd. Half an hour later I passed by and still no one was there, so I went into one of the local stores to shop. Fifteen minutes later, still no one, just the banana. When I asked how the banana was doing, it said “I just miss the rest of the bunch.”

This entry was posted on October 21, 2012 by newyorkcityinthewitofaneye. It was filed under DAILY PHOTOS WITH STORIES OF NEW YORK CITY and was tagged with Banana, Begging banana, Hans Von Rittern, homeless, Manhattan, New York City.